Posted by Chris Graham on October 16, 2018
Tommy Newport is an 18-year old singer, songwriter and record producer born in Manchester, England. Tommy relocated to the USA with his family when he was 6 years old. From there he bounced around living in Dallas and Seattle before finally settling down in Wichita, Kansas. Tommy has the heart and soul of a true musician. Tommy has not only perfected the art of songwriting but has learned how to play every instrument & record himself as well in the process.

Having released his first single “I Forgive You”, a funk soaked ballad that takes listeners deeper into Tommy’s idyllic world, buzz began to spread. Tommy returns today with “Mr. Angel” (Produced by Tommy Newport & 4th Pyramid) another sparkling piece of work from the young musician. 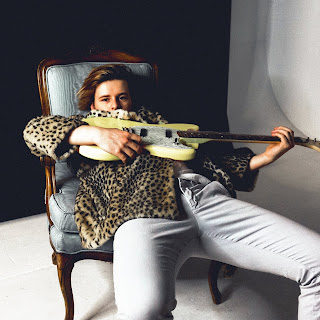 "Mr. Angel is the story of a person dealing with drug abuse/addiction in the form of a love song. With comparisons to loving and needing “Mr.Angel” the drug and talking to "Mr. Angel" as if it’s someone important in his/her life.  A dark story masked as an upbeat love song to resemble the idea that nobody truly knows what someone is going through because we are great at putting up false personas & masks,” Tommy shares.

With years beyond his age in craftsmanship, Tommy is moving forward in full force for the rest of 2018, with new music and the announcement today of his forthcoming album  Just To Be Ironic due out on November 16th.