Posted by Chris Graham on December 05, 2018
Known for his cinematic blend of rich electronica, Big Wild has now unveiled his new single “Heaven”, a melodic masterpiece which precedes the eagerly anticipated release of his forthcoming debut album, ‘Superdream’.

“Heaven” illuminates Big Wild (aka Jackson Stell)’s prowess & breadth as a vocalist, while simultaneously showcasing his penchant for lush sweeping tones and compelling melodies. It’s a song that Stell describes as “something that feels special, sacred and otherworldly.”

The track follows the success of his double single, “Joypunks" and “Maker”, which both hit number #1 on Hype Machine. Released via Counter Records, “Heaven” is just one of many tracks taken from ‘Superdream’. Big Wild also recently announced a ‘Superdream Tour’ in early 2019, which will kick off in California before heading across the Midwest, and finish in New York City on 30th March 2019.


Racking up over 191 million streams in his career so far, ‘Superdream’ marks a shift in Big Wild’s creative stance, with the producer adding:

“‘Superdream’ was inspired by a need to create music that was a greater reflection of who I am now, leading me to feature my voice and songwriting as the main focus for the first time ever, which came from a very instinctual and subconscious space. With ‘Superdream’, I created a surreal music environment that challenges & pushes not only my own personal boundaries, but also those of my contribution to electronic music. It marks a new chapter in my music, one that is more ‘me’ than anything else I’ve released.” 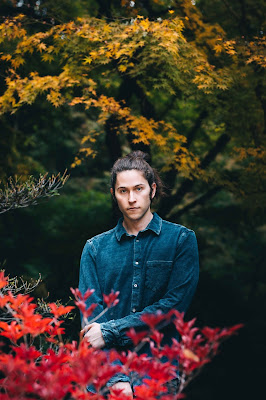 Working with the likes of Hundred Waters, Tove Styrke, TroyBoi, and Khary Durgans among others on past projects, the American producer, now-turned singer, has received strong support from the likes of BBC Radio 1, Diplo & Friends, BBC 1Xtra and Rinse FM to name a few.

Over the course of 2018 so far, Stell has sold out the legendary Red Rocks Amphitheatre in Denver, performed at Lollapalooza, Bonnaroo, EDC Las Vegas and made his mark on the main stage at San Diego’s CRSSD Festival. This month, Big Wild will co-headline Bill Graham Civic Auditorium in San Francisco and WaMu Theater in Seattle alongside Louis the Child (SOLD OUT – 8,850 and 8,500 capacity respectively).

Ready to embark on a new chapter of his music career, Big Wild is on an upwards trajectory, with new single “Heaven”. ‘Superdream’ is out on 1st February 2019.