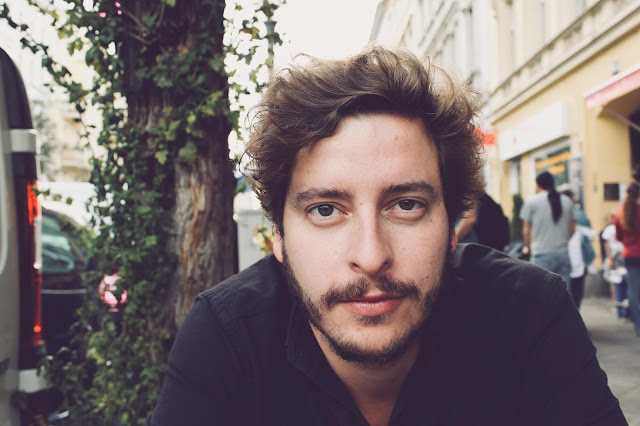 Back in early November, we had the good fortune of being able to premiere Ed's latest tune, I Was Wrong - an upbeat and conscientious ode to loves and situations passed, a truly gripping return to Ed's roots as a classic singer-songwriter. Now sharing the stunning acoustic alternate take (which can be viewed below), we caught up with Ed to hear some of his story.


To start with, how would you describe your music to someone that's never heard it before?
I’d say the thing that distinguishes me from other artists that are similar is that my focus is always on the quality of the song. Regardless of what genre I’m writing in or what the production sounds like, my sincere hope is that there is a consistency of quality in the songwriting that transcends genre and is uniquely mine.

How did you get into writing music?
My mother was and still is an incredible composer and a creative person through and through. With her as my first musical role model it was always a given that I would use music as an outlet for my ideas, so when I was around 9 I wrote my first pieces for my school band and then at 11 I had my first classical piece performed by an orchestra and It’s all been downhill from there.

What are some of your musical influences that we wouldn't expect?
Well, I listen to a lot of excellent niche music from bands like The Punch Brothers or Emily King and almost no “singer-songwriters”. But I suppose if you wanted something more unexpected, it would have to be Frank Zappa’s Shiek Yerbouti. My Dad had it in his car when I was a kid and I was obsessed with it, It’s a pretty hilariously vulgar album in proper Frank Zappa fashion, but as an eight-year-old with no clue what he was talking about I just loved it. Those formative musical experiences are super influential on you for years to come.

As a Californian based between Brighton and Berlin, how do you feel your past and current homes influence your music?
What I love about Berlin is that it's a grey, cold, hectic, mostly ugly, never-ending mess of excitement that never sleeps, but you’d never call it beautiful unless you were being sarcastic. I find that more interesting and inspiring from a songwriting perspective because it leaves room for a writer to improve upon his surroundings, rather than describing the beauty that already exists. I had a similar experience in Brighton but to be honest, Brighton is a beautiful town, it's just that when I lived there full time I was always too poor to have anything nice. On the other hand entirely, California is just plainly beautiful and I almost always find myself at a loss for words.

We're big fans of I Was Wrong, what was it that inspired you to do an acoustic alternate take?
Well, I hate acting, and I really wanted to avoid doing a music video for ‘I Was Wrong’ so I thought it would be fun to reconstruct the song for a little acoustic video in a nice space we found in Kreuzberg, Berlin. But we all loved the take so much I decided to clean the audio up a bit and release it as its own stand-alone acoustic version, and this is the result!

Can you share an insight into the motivations behind the song itself?
On the surface its sort of a “regret after a breakup” song but in reality for me it's about all those nagging doubts you have about each decision you make that keep you up at night and constantly show you the possibilities of what could have been. But that's just me and I’m rather neurotic.

What are your plans for 2019?
More music, more often. I have so many songs that I’ve written over the past year and I’ve just been dying to get them out. So starting early in the year there's going to be a constant flow of new material for everyone to feast their ears upon! I’m also blessed to be writing for, producing and accompanying many incredibly talented artists that will be releasing the results of our collective efforts in the year to come! I have a good feeling about this one.