Posted by Fred Bambridge on January 10, 2019
Circa Waves have unveiled their brilliantly executed and highly entertaining video for latest single "Movies", which sees the band expertly act out scenes from a variety of blockbuster films, from American hit comedy Wayne's World, to academy-winning classics like A Clockwork Orange and Reservoir Dogs. 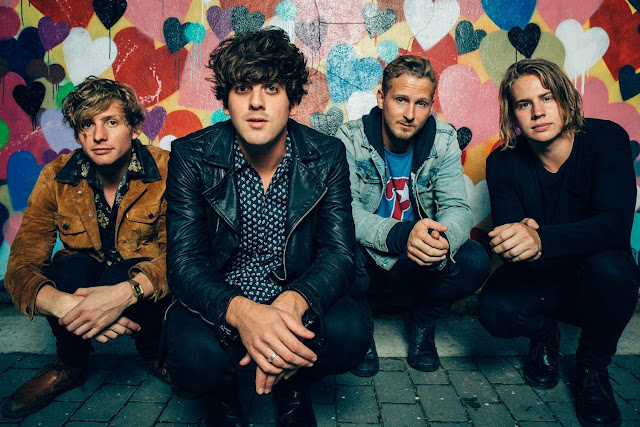 Speaking of the making of the video, frontman Kieran Shudall comments; "The Movies video was about us having fun, essentially spending all our filming budget on a dressing up box. Whilst doubling up as a showreel for when we all individually want to break into Hollywood. It is an homage to the Movies we've loved growing up. I thought to dress up as Louise would be me putting myself out of my comfort zone, but I've never felt more at home. Its a video that celebrates Film and not taking this music biz too fucking serious."