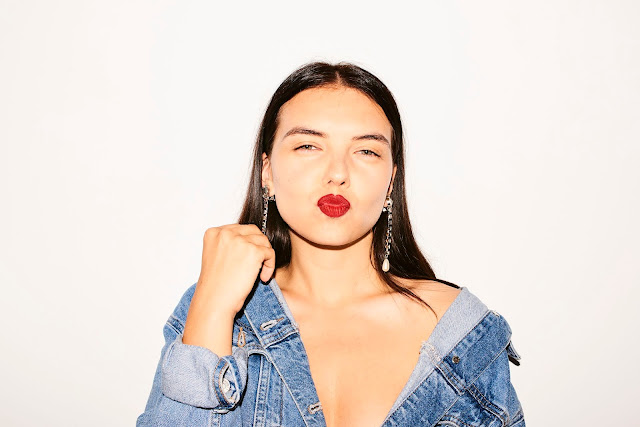 Born in Kiev, Delena relocated to a Switzerland school at just 12 years old and went on to London, to study at the London Institute Of Contemporary Music Performance. Moving to London, drove inspiration and drive for the songwriter, who went on to release Nothing Can Stop Us Now. She followed on with Animal and has garnered support from Wonderland, Clash Magazine and Popjustice. Her work with electronic producer Felon, has also boosted her numbers on Spotify.

The next step is some larger artist projects for 2019. The first of these is an EP in February featuring the new single Holy Ground, it's a powerful, motivational track that explores themes of independence. The top-line states "Tonight I Feel Free, you can't bring be down.." On the new single, Delena states:

Holy ground is my idea that there’s a place in everyone’s heart which no one can reach except you! Where we can escape to when things become too much.  It’s a beautiful place where there’s no pain because it’s completely untouchable and safe! So the song is a kind of prayer in a way and I wanted to give it a bit of church like feel.  We have a great tradition of religious singing in Ukraine.  It’s a very special sound and although this doesn’t sound like that kind of singing at all it was my inspiration.