Posted by Chris Graham on March 08, 2019
South London singer/songwriter Malory has released a string of impressive singles over the last 2 years, tracks like ‘Nuclear Brandy’ and ‘Last To Die’ have seen her get some crucial support from across the industry and fans alike – this month she’s dropped her biggest release date, the debut album ‘Cornucopia’.

Having co-produced the album with Danny George and Nick Kingsley, the trio have served up a real feast for the ears, and as the title suggests, the 8 track offering consists of a Cornucopia of sounds and themes, all of which make up Malory’s eclectic and leftfield alt pop sound. It feels like the last few years of releasing singles has help her find her feet creatively and now, fully at ease with her creative process she even explains:

“Cornucopia is a musical collage of the last five years of my life. It's a collection of experiences, love's, losses, my own search for identity and my fantasies too.”

“I spent so many years holding back songs because I thought they were too weird or not 'pop' enough, but I've finally reached this wonderful place in myself where I just don't care anymore. If music is all about self expression, then I have to let go, express, release songs into the universe and move on to the next phase.” 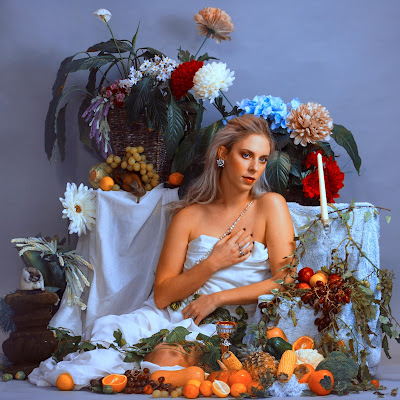 Standout tracks for us include ‘Blue Umbrella’ which boasts her sonic blueprint of piano-led arrangements with stacked vocal stabs, off-kilter percussive hits, rumbling electronic bass sounds and soaring choruses and the also lead track ‘Cornucopia’, which is more of a stripped back affair, depending less on the production which lets Malory’s purity as a songwriter take centre stage.

Having singed to Extreme Music recently, Malory’s ‘sync-able’ tunes have already been heard on shows such as Netflix's 'Battle' trailer, ABC's Dancing With The Stars, MTV’s ‘The Challenge’ and her debut single "Rapture" is set to appear in Ben Kingsley's next movie, ‘Nomis’.

‘Cornucopia’ shows all rising independent artists that hard work pays off and the album feels like a line in the sand for Malory and something for which she can be really proud of. It will be interesting to see how where she takes off from here..