Posted by Chris Graham on April 15, 2019
After the success of previous singles 'Epilogue' and 'Nowadays', Australian singer/songwriter Harry Marshall returns with the impactful 'Mountain', his latest ballad that consolidates his reputation as an exciting artist to watch.

'Mountain' is a fearless, poetic story led by guitar licks that linger perfectly alongside Harry's voice that is in keeping with his acoustic musical beginnings. Harry says, “Mountain’ was written at a time of extreme guilt about the torment of romance, lust and how it can all get confused with what love actually is. When someone’s loyalty and trust are gone, but somehow they can still be as grounded as ever.”


Now living in London, the singer/songwriter’s talents are being exposed to a worldwide audience since headlining shows at Camden Assembly and The Lexington. Taking complimentary comparisons from the likes of the legendary Bruce Springsteen comfortably in his stride, Harry displays his individualistic charisma while on stage and during 'Mountain', where he flaunts the complexity of his songwriting and vocal range. 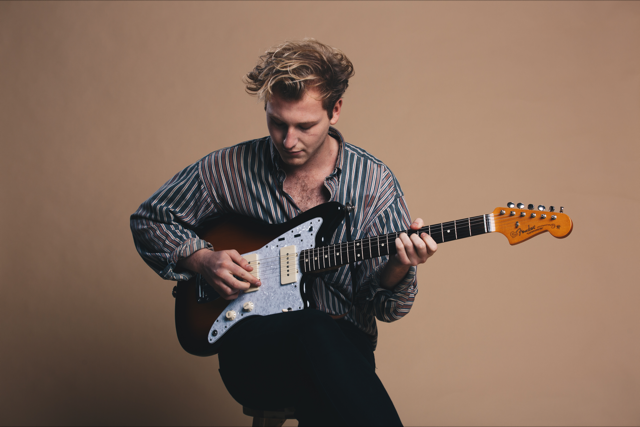 The Australian’s debut single 'Epilogue' peaked in the Top 20 of the Indie Music iTunes chart, while in 2018 he released 'Nowadays', which reached #38 on the iTunes international alternative chart, both acting as confirmation of the positivity surrounding his music.

Building on his current momentum with brand new single ‘Mountain’, Harry has a forthcoming influx of fresh material this year and is aiming to capture the attention of new listeners in the near future, strengthening his position as one of the premiere breakthrough acts of recent times.