Posted by Fred Bambridge on April 08, 2019
Newcastle have another leading light in new music to shout about, and that band is Fossway. With their edgy guitar hooks, infectious riffs and meaty basslines it's no wonder the Geordie band are making waves. Their latest offering is the lengthy titled "No Heart In The Heart Of The City" and references mainly about governments, and especially the fact that very few support the arts (in all of it's forms). 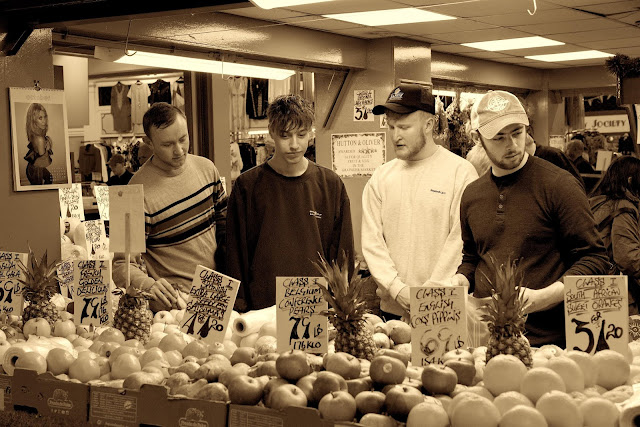 Daniel (Vocals/Guitar) says - "There’s also a degree of cynicism in relation to the mass production of
music; there seems to be an over-saturation of music without meaning, i.e. songs
that are deliberately made to be excessively commercial and carry little
artistic value"

You can easily compare their guitar tones to that of Biffy Clyro, trust me it's uncanny, but the lads have their own sound in their own right, with some frantic elements that cause absolute carnage when they're playing live, it's no wonder why they're a solid live band. Expect to hear more from this outrageously talented band this year, it sounds like they're onto a winner here!