Posted by Chris Graham on May 28, 2019
Harry Nathan is an evolutionary Australian producer, singer and songwriter. His sound is a fresh take on bohemian dream pop which effortlessly resides between the lines of reality and fantasy, both sonically and visually in his storytelling. He is fundamentally inspired by his desire to explore the intricacies of modern love and human connection.


“‘Fool For Your Love’, set in the same universe as “Rooftops” is a story about letting go of expectations. Expectations that our parents change or that boys/girls need to fit into a specific social norm,” says Odeya.

The video serves as much more than just a visual aid. Seeing that the industry norm for music videos tends toward the extravagant and frivolous - popping bottles and throwing money - they aimed in the opposite direction and created a relatable story which is multi-layered and rich with symbolism. They share, “I guess overall, we are sick of videos of golden Lamborghinis and people throwing money in the air (laughs), and we want to create touching, timeless and quirky stories to encourage the next generation to fully express themselves; to peek behind the curtain as to the nature of reality and what is possible!” 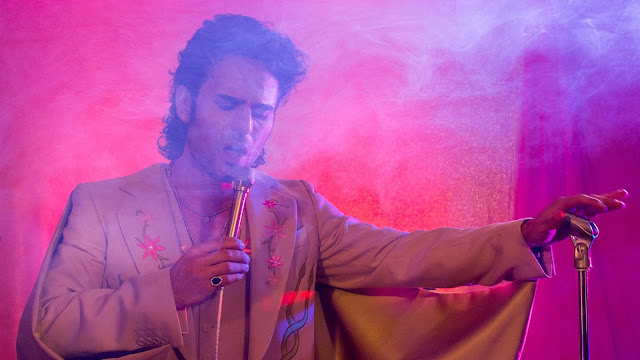 In the “Fool For Your Love” music video we take a journey into the imagination of a young boy named Scooter. Growing up we tend to shift from believing in the limitless possibilities of an incredibly fulfilling life, forgetting that our reality is created by our beliefs - what others tells us, or what we tell ourselves.

Ushered in by Harry Nathan's gentle vocal work, "Fool For Your Love" floats effortlessly along with soft piano melodies, lush drum work, vocal harmonies, a 3 piece soulful female choir, and a classical-tinged trumpet. Minimalist, yet melodically entrancing, Harry Nathan's musicianship and artistry take the reigns exchanging lyrics and voice with compositions that run the scope of empowerment, love, and beauty. The spoken word at the end of "Fool For Your Love" is actually Ryan Lee, who is also Harry’s across the hall neighbor.

In her career Odeya has starred alongside Jeff Bridges, Meryl Streep and Larry David, was recently in Oscar-nominated "Lady Bird" directed by Greta Gerwig (“Lady Bird" was nominated for 5 Oscars, including Best Picture) and played a leading role in "Dumplin" alongside Jennifer Aniston.

Follow along with the story as it continues on with Harry Nathan’s debut EP Songs About Dreams About Her on June 7th.