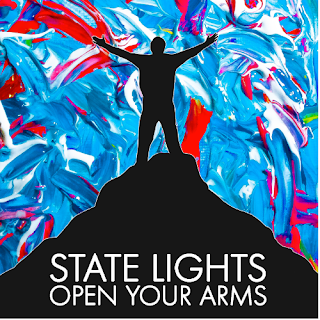 The bouncy indie-pop number is rich with emotion, you’ll certainly find yourself singing along to the ‘woo hoo hoo’s’ at the top of your lungs. Firmly established as one of Ireland’s best new acts, the four guys from Dublin combine a catchy ‘feel good’ beat with pop vocals to create a smooth indie pop hit. Described as a modern day Coldplay mixed with the melodic beats of Kygo, ‘Open Your Arms’ represents the sound of a band primed for an international breakthrough.

Speaking about the release, singer Shobsy says: It is a song about empowerment. About realising and having faith in your own ability to do anything if you simply open yourself up to the unique power that exists in each one of us" Over the coming months State Lights are due to appear at a number of festivals such as Okafest and Indiependence, with further announcements on shows to come, Catch the first listen of ‘Open Your Arms’ below: