TRACE returns with new single ‘All My Friends'

Posted by Chris Graham on May 24, 2019
LA-based songstress TRACE has amassed quite the buzz since her arrival onto the scene in 2015. Leaving behind her days as a magazine editor to pursue music head on, she’s racked up a total of 60 million streams with only one EP and a handful of standalone singles released to date.
Championed by the likes of Highsnobiety, Pigeons & Planes, Refinery29, The 405, The Line Of Best Fit and The Fader, it’s no surprise she’s working with some of the best players in the game. TRACE has been in the studio with producers and co-writers including Mike Derenzo (EXES, Yoshi Flower), Bram Inscore (Troye Sivan, Allie X, 88 Rising), Noah Breakfast (WET, Ellie Goulding, Alina Baraz), Haley Gene Penner (Charlotte Lawrence, Lennon Stella) and Phoebe Ryan.

With her authentic storytelling and an undeniable allure, her new single “All My Friends” does not disappoint and proves TRACE is a force you can’t ignore.


TRACE said: “I wrote this song after the success of my first EP, when I decided that I was going to full heartedly pursue my career in music. I sort of just packed up my bags and went off to LA.  It wasn’t an easy transition, but I’ve always felt that true friendships will stay true throughout the shifts that life brings, and this song was a way of me exploring and figuring out who those true friends were. However now, a couple years in, ‘All My Friends’ has taken on a different meaning for me: it signifies a reflection on the power of relationships in my life. Throughout the process of writing songs over the past two years, I’ve spent a lot of time thinking about the relationships we keep and why we keep them — how many are life-giving and honest? It’s interesting that we’re living in a world ruled by social media, events, and networking, yet at times we feel lonelier than ever, and connections feel more draining and less enjoyable. There’s a resounding realization that while our access to people/friends feels limitless and technically easy, it’s actually very difficult to cultivate true intimacy. True intimacy requires trust and commitment and oftentimes I feel like we take one, leave the other, or vice versa. Who really shows up when you need them to? So, with ‘All My Friends’ I want to ask the listener, ‘Who are your friends?’ because I’m learning the answer is a direct mirror of the person we are.” 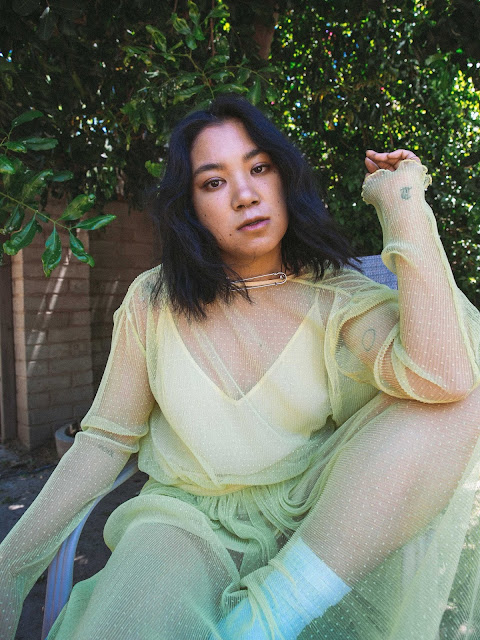 Growing up in Orange County, California, the daughter of Carol Kim (known as "the Tina Turner of Vietnam"), TRACE brought her first EP Low to life through a Kickstarter campaign in 2016. The 4-track project earned her comparisons to the “west-coast cool of Lana Del Rey” and the “R&B-kissed ruminations of James Blake,” as well as over 20M streams and her first record deal.

In early 2018, TRACE made her Ultra Music debut with her single “Blood and Bones,” followed by the release of two more singles: “Side Eye” (which was featured on The Fader's fall list of ‘Best New Pop Songs’) and "Anxiety."

The door is wide open for the rising artist but fans can expect a collection of singles to be revealed throughout the summer, all leading up to her sophomore EP due out later this year via Ultra Music.