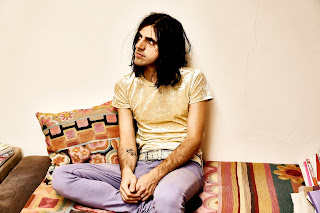 With his highly anticipated debut album ‘Misty Heights’ set to arrive later this year, self-proclaimed “pagan rock’ singer and songwriter David Ellis introduces us to his world of laid-back grooves with the release of his new single ‘Eyes To The Sky’. As an artist that always looks to find the beauty and uplifting nature of life, the frontman has found himself a home reflecting on the upbeat folk sound of the 1970s. Taking inspiration from the likes of Joni Mitchell, Donovan and early Marc Bolan, as well as more contemporary names like Devendra Banhart and Feist, he croons and swoons his way through this new single, feeling ever more at ease as it plays. 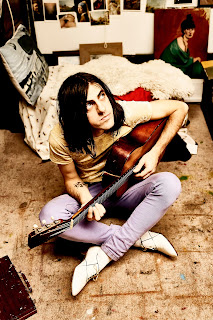 Speaking about new track, Ellis explains, “’Eyes to the Sky’ was written at a time where I regained a youthful wonderment towards life after spending many years searching for happiness in all the wrong places.” While not aiming for the same political messages that his influences were known for, Ellis instead looks to make his music about the more harmonious side of life. Ever looking to find optimism wherever it may be, the singer gives the listener the opportunity to find happiness within themselves and contemplates the complexities of both love and spirituality. David Ellis’ debut album ‘Misty Heights’ will be self-released by the man himself on the 15th August, and the new single ‘Eyes To The Sky’ is available to stream and download now.