Posted by Chris Graham on July 25, 2019
Colorado electronica duo Big Gigantic share their first original work in three years, “You’re The One” marks their debut release via Counter Records which puts them in respected company alongside the likes of Big Wild and Maribou State.

They comment more on their new single below
"We're so excited to start this next phase of Big Gigantic. We're starting the process of looking directly inward with our song 'You're The One'. The theme of the song is loving yourself, which in this day is something we could all do more of. We put so much pressure on ourselves to succeed, do the best we can, be the best we can & keep up with others around us. That pressure can easily turn from something positive and motivating, into something negative and uninspiring. It can lead to some dark places so it’s important to take a step back and remember to take time to love yourself." - Big Gigantic 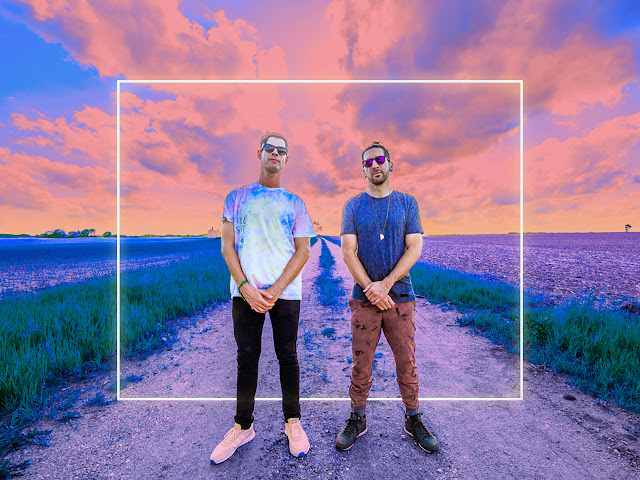 Big Gigantic is composed of saxophonist/producer Dominic Lalli and drummer Jeremy Salken who interpret traditional DJ-based music with live instruments, successfully creating an innovative, distinct sound that’s all their own. Their transcendent live shows are a showcase of brilliant improvisation and a tightly-knit bond between Salken and Lalli, who breathlessly alternates between keys, sax and laptop, building a futuristic wall of sound that keeps crowds on their feet.

Big Gigantic is particularly well-known for their epic live show, which has been showcased at major festivals such as Coachella, Lollapalooza, Bonnaroo, ACL, Ultra, Outside Lands, Hangout, HARD, Governors Ball, Electric Forest and more. They’ve also sold out their own headlining festival, Rowdytown, at Red Rocks Amphitheatre (10k+ tickets) every year since 2012 (with new Rowdytown dates for 2019 below where they’ll be bringing their immersive 3D setup alongside performances by Hippie Sabotage, shallou, Louis Futon and ilo ilo).