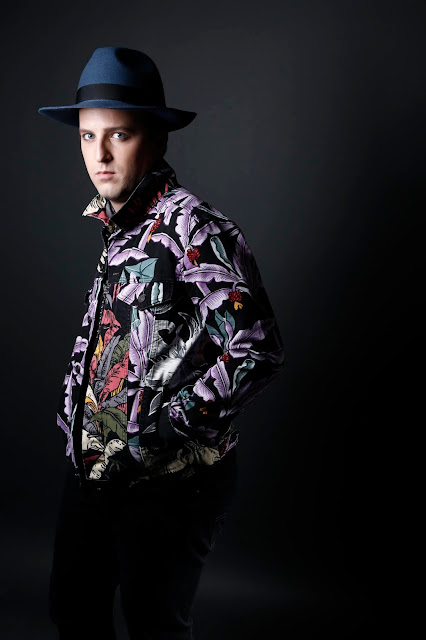 London based songwriter and artist Hugo Valentine is beginning to turn heads with his enigmatic indie sound. His new single Live Another Day is impressively rich; embracing organic instrumentation and crafting a contemporary writing style. The chorus stands out, with a climbing melody cutting through the instrumentation. We caught up with him to understand more about the track conceptually and get some background on his journey.

Hey Hugo, you’ve just released Live Another Day - how has the reception been so far?

It’s been good thanks! Have had a lot of enthusiasm around the track. It was written at a time when I had a lot on my mind and it was something I really needed to get off my chest so I am really happy that people have been responding well. It was a bit of a process to get it to the point where I felt ready to release it so it's really awesome that I'm now able to share it with people.

In terms of sound, do you feel like the new single marks a slight deviation from previous records?

I would say this single is part of a new style for me. I’ve been working with a producer called Henrik Fossum and together we have really developed my palette. I still keep the piano as the main feature but we have introduced a bigger, more rich sound, with the intention of it feeding better into my live shows, which I now do with a full band.

Tell us about your writing process, and specifically how this track came to be.

I usually start with a melodic hook, with the lyrics coming soon after. I then spend time crafting the chorus as I believe this to be the focal point of the song in my style of music. Once this part is working I think about building a story around it in the verses, looking at different ways of portraying my ideas and feelings through imagery and storytelling. I then take the song into the studio with my producer and it becomes a whole other beast! Once that's done I take it to the band and we prepare it for the live shows. This song came about much like that, although I had the chorus melody for a while before I was able to articulate what I wanted to say with the lyrics. I also demoed a few different ideas with my own production to try to shape the sound and vibe of the track. It underwent a few different versions and arrangements before it arrived at its current composition.

You recently played at 229 The Venue in London, how did the track go down live?

It was really a great moment in the set, it was awesome to perform it for the first time with a full band, and the energy from the crowd was really special.


Is Live Another Day part of an upcoming project?

Live Another Day is the first of a string of singles I'm rolling out over the next few months. I have a lot of material I'm working on and this really marks the beginning of this current set. I will be touring all the songs with my live band and want to create a vibe around this and the upcoming singles.

Where’s your next live show that people can come down to?

I am playing a few festivals this Summer - next is Brookfest in Furneaux Pelham, Essex this weekend (6th July) and we are also playing at Camp Bestival and Carfest North and South. We will be putting on another London show later this year, around early November time, and are planning a few gigs in other UK cities and towns in the meantime.

What else have you got coming up that you’d like to plug?

My next single will be coming out early September, so watch this space! Follow me on Instagram for updates and gig info.