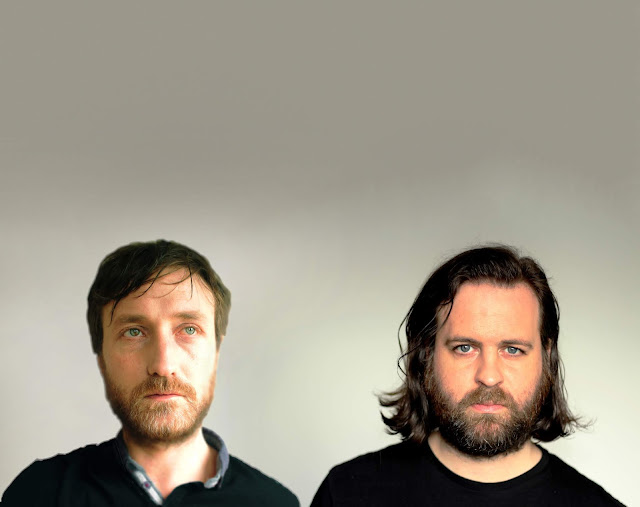 With their forthcoming project ‘The Swimsuit Edition’, a collection of stories told through a wide range of instrumentation, soon to be released, Irish duo Sean Lynch and Gary Landers aka archmotors look to prepare us for their upcoming release with their delightfully irreverent new single ‘Sitcom’.

With their dark and abstract aesthetic coming full circle on this new offering, ‘Sitcom’ sits somewhere between the worlds of Nick Cave & The Bad Seeds and Father John Misty, thanks to its crooning vocals yet humorous direction. Mixing intense and sometimes uncomfortable tones, the new cut aims to reflect the strange and otherworldly vibe their next project will reflect.

Speaking about their new single, the band said, “‘Sitcom’ is essentially a take on the modern pursuit of narcissism as entertainment. It's asking where our insatiable appetite for a celebration of the self is taking us, and if this monoculture really has the effect of homogenising instead of liberating us: now you can express yourself any way you want as long as it's a smiley. It’s a modern opiate of the masses and it is very useful for those driving the train. It’s fordism, it’s newspeak, and maybe it should be talked about. It's the bleakest of prognosis. All you can do is laugh.”

Produced alongside Darragh Nolan (Sacred Animals), ‘Sitcom’ is available to stream and download now and comes accompanied with a “point-and-click” video game-style music video, which you can check out below.