Posted by Chris Graham on September 18, 2019
Stockholm-based duo FELIN are releasing new single ‘LaLaLa’, and we’ve nabbed the exclusive on it.

Taken from upcoming debut album, ‘Reckless Dreamers’, the track features singer Elin voicing disdain for an ex-lover over booming drums and attitude-ridden guitar riffs. Touching on experiences of hurt and heartbreak, the song and accompanying video explore the emotional spiral of Elin who has lost all sense of volition and has been provoked into a rage. 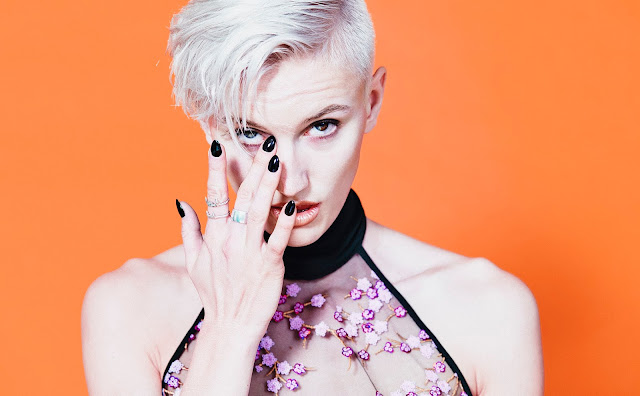 With experience working alongside Adam Lambert and Tove Lo, visual art work published in Interview Magazine and Harper’s Bazaar, the duo have synchronized their musical and visual exploration.

The lyrics conjure images of addiction, such as “you’re my heroin and I can’t just shake you off”, while musically, pop melodies are juxtaposed with garage-rock energy. Distorted vocals, trombones and slick bass lines fill out the mix with a desperado-like tone. The video’s comic book visuals explore cinematic themes, enacting Felin’s desire to tell the story of a movie in the form of an album. Such elements add to the emotional storytelling as Elin’s delivery rides this dramatic tension with her dark lyrics. Indeed, the song emulates chaos, exploring the beauty of dark, wild romance as Elin forgoes her moral compass.

When asked about the creative process behind the song, Felin explained:

"LaLaLa is about secretly wishing for karma to bite back on a person who’s betrayed you. But seeking revenge is a slippery slope that can get really messy and that’s what we want to show in this video. How misunderstandings and lies can lead you to a point of no return. I’ve always had a thing for the villains in movies and not the heroes so it was natural that I should be the bad guy in this short story.
The visuals is something that’s very important to me as an artist. My songs are often inspired by movies and by animating the video we got to go full on Tarantino movie in the video too with sex and violence.

How the video for LaLaLa was made very much sums up how Felin Collective works.
While working on our live visuals the animator had an idea of creating a video in a Modesty Blaise style for one of the songs. I loved the idea and thought we should turn it into a music video, so I then turned to my amazing friends and scriptwriters and we wrote a dark, sexy, vengeance story. Through some other friends I found this super talented illustrator who’s worked on projects with Jonas Åkerlund and many movies and he brought the story to life with pictures. So this is truly a video directed by Felin Collective.”