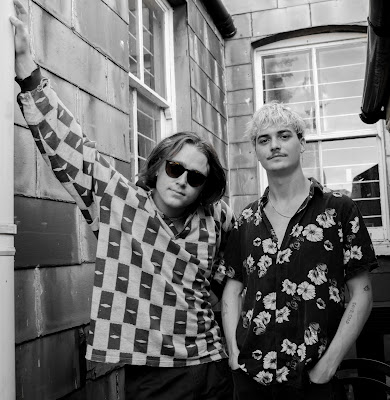 Sydney band PLANET is yet another excellent Australian export. Gigging tirelessly up and down the UK over the last couple of years they’ve established themselves as one of the most exciting bands to adopt the UK as their second home. It’s All Indie spoke to Matty and Tom from the band as they neared the end of their Summer 19 tour ahead of their gig at The Joiners, Southampton. PLANET are currently on a European tour with fellow Aussies DZ Deathrays and will finish the tour with six dates in the UK in October 19.

You’ve got another week or so in the UK how’s it going?

It’s going pretty good so far. These shows are a lot more regional than the shows we’ve done before so that’s a bit different. It means we get to see more of the country and we love it over here.

You’re playing a few of the same cities that you’ve been to before, though I know you’re playing different venues.

We’ve mainly been doing follow up shows from festivals we’ve played before.  Some are completely new, we played in Stoke for the first time, Southampton (this one) is new and Cardiff was new too.

This venue, The Joiners, is an iconic venue, almost every band that goes on to be successful has played here at some stage in their career.

Yeah, I’ve heard it’s a really cool venue. All the good ones have a particular smell about them. You can always tell a good venue when you walk in and this tour we’re jumping around a lot of different capacities and different types of venues so it’s cool to walk into one that’s more of a venue.

Are you finding people are knowing your music more and more?

Definitely, we’ve always had a good response over here. A lot of the time, even if there’s 20 people in the crowd to 200 in the crowd people always sing back because they know the songs which is really cool for us. Obviously we’ve come a long way and to travel that far and to see people like that coming to the show in cities we’ve never played before is very cool.

I first saw you last year when you played Oxford on the DMA’S tour in 2018 and there was a band I knew watching in the audience who were raving about you which is why I wanted to see you.

Ah that's amazing. I remember Oxford, they had good showers there. We didn’t have many good showers in that time. That tour was like hostel after hostel so the showers were important.

So you rate the venues by shower quality?

Speaking of showers this is the first venue we’ve hit on this tour that has a shower and it’s huge, you could do cartwheels in that shower. What I really liked was the lead to turn the light on is a guitar lead! 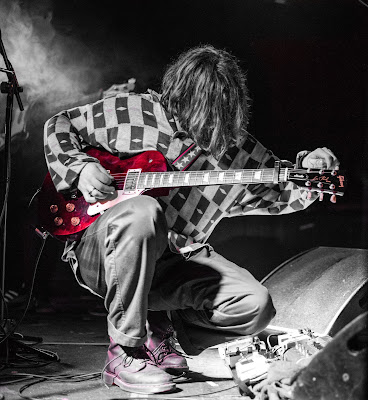 So you dropped the new single ‘Nearly New’ a few days ago, how’s that gone down?

So far so good I reckon, it’s still semi-early and it’s a big opener for our next EP but for a single it’s done pretty well and people are starting to sing it now at these shows which is cool .

How does that feel when people start to sing your music back to you?

Really good, most of the time, if they sing the right lyrics it’s cool. If they’ve got the melody right they’re half way there.

What’s the crowd favourite song at the moment?

‘Aching Dream’, that’s one that’s played a big part in us coming over here it’s got that kinda ballad feel. Everyone loves a ballad. ‘Disaster Caster’ as well is a favourite because that was the first song that we released. Surprisingly when we released that song it got traction here immediately. We were asked to come over here a few years ago but you need a few dates to make it worthwhile. It’s too far to come for one festival so you need to add some tour dates.  Now we’ve got a UK booker which had meant a lot more dates.

So have you graduated out of the hostels yet?

Yes, this is the first tour that we've stayed in hotels. We also have our own sound guy with us now. It’s difficult in a hostel. The nature of what we do meant getting in after midnight with a load of guitars and stuff. We still share rooms which is fine cos we’re not that hard to be around.

You did some dates earlier in the year for This Feeling who Noel Gallagher called “best club in The UK for future Rock and Roll stars”.  How did that involvement start?

When we dropped ‘Disaster Caster 4 or 5 years ago Mikey Jonns from This Feeling contacted us to say “I’ve been playing this song since 4am like 40 times on repeat. This is so good you guys need to come over here”. This was back in the beginning. This Feeling has championed us from the start and it’s played a big part in getting us to where we are. We’ve met a lot of cool bands doing This Feeling and we met Mikey in London when were there last year, he’s an awesome dude. 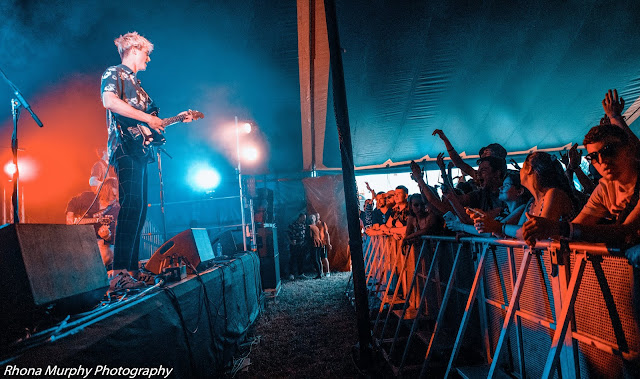 So we play the This Feeling stages at Truck Festival and YNOT Festival next, then a few more tour days and over to Ireland.

What’s on the cards for you after this tour?

We’re back in the UK in September/October, we’re touring with mates from Australia called DZ Deathrays. They’re like a very different genre to us, it’s going to be really cool touring with them. We’re doing 2 weeks in Europe and then a week in the UK.