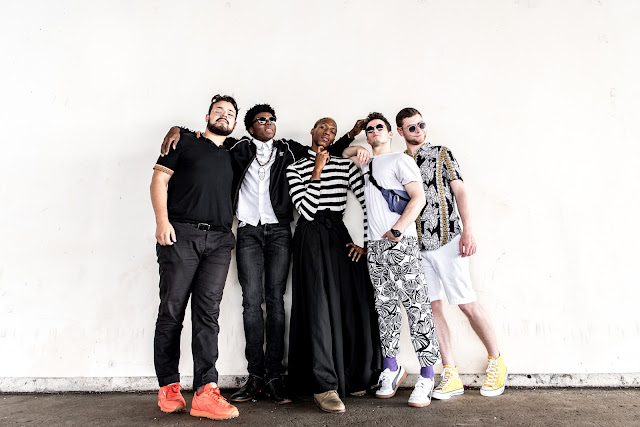 Jank Setup is a flamboyant and diverse group of musicians drawn together amidst the most raucous house parties. In the depths of New Orleans, the group refined their live performance. Their reputation grew as solid musicians who delivered an energetic and equally extravagant set.

Jank Setup embraces chaos and disorder in both their live shows and original releases. The new single Can’t I, marks the second release from these New Orleans natives. It’s a bold celebration of skilled harmonies and wild percussion.

“Can’t I comments on the insecurity and toxicity of hookup culture. The song tells a story of someone who knows that they're being taken advantage of, but can't stop chasing empty love.”

Their first single, In Motion, led to a series of sell-out shows in their home town. Now aiming for an international reach, Jank Setup calls upon their five members to continue this vibrant, vocal-heavy extravaganza.