Posted by Chris Graham on October 29, 2019
It's All Indie met up with Sydney based beatmaker Phondupe and talk about his new record 'Fangtooth', musical influences and advice for upcoming artists - read what happened and check out the impressive new record below.

Hello Phondupe! To readers who are new to you, how would you describe what makes Phondupe?

I guess my music is like a big winter soup - it pulls ingredients together that you may not usually digest side by side. There’s a lot going on, some of the bits might surprise you - and hopefully you can get completely lost in it.

Where does the name originate from?

When I was first starting out my goal was to write pop songs in their purest form (one instrument and vocals) and to then break them completely, smashing them to pieces and rebuilding them in unexpected electronic forms. So in a sense, tricking people into believing the tracks were something they weren’t. Phon (Sound) Dupe (Trickery).


Who would you say are your influences?

I’m inspired by restless boundary-pushers. It’s hard to pin them down to a few people or genres… At the moment, I have a lot of admiration for Alessandro Cortini, Mark Pritchard, Tyler The Creator… I have a soft spot for early Lucio Battisti, Oneohtrix Pt Never and Durutti Column. I’ve been immersing myself in 70’s Italian ambient thanks to the incredible Soave label. But I was raised on Motown and I think that comes through melodically. Melody always wins for me.

Your new record ‘Fangtooth’, tell us about how it came together?

A few years ago I was heavily into footwork - DJ Rashad, RP Boo, DJ Manny… I was also working as a barista. If you’ve ever seen a barista make espresso coffee, they have to whack the filter really hard against this rubber thing to get the grinds out. I fell in love with that sound. So next day I brought in my XOOM recorded and pretty soon after the instrumental was born. My colleagues gave me shit all day for being so obsessed with the sound rubbish.

I sat on the track for a long time before it came to life vocally. I wanted it to feel you were floating through chaos. When the time came, it felt like the right setting for a parable about destructive relationships.

The record feels like a slight departure from ‘Abyssal -4400’ with a more hook driven structure and with vocals, while keeping the theme throughout experimental. Was it intended to approach songwriting in that vein for this record?

I really believe in old-school song forms. I find they’re rare in electronic music where loops dominate. There’s no right or wrong way to do it, but my new album will be song-focussed.

What I love about pop structures is that you can take the production to the cosmos if you want to, because the structure keeps it grounded, it gives people an anchor point. My goal when producing a track is to produce this little microcosm of a universe - this ecosystem that bubbles and breathes. I want to transport people. But if you take people too far from home, they miss their beds. 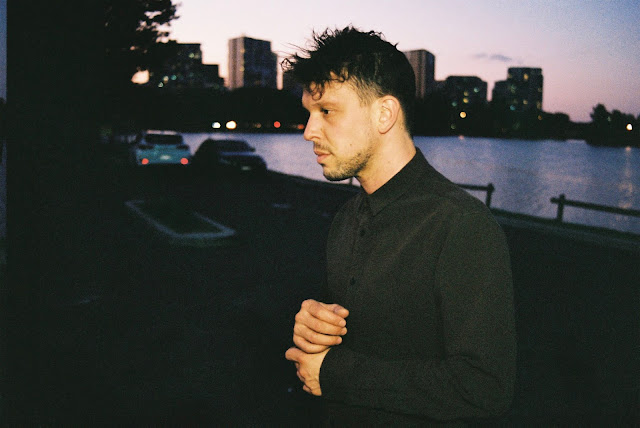 What was your background in music, was it always similar path to what you’re doing now?

I grew up singing Sinatra covers in pizza shops for pocket money. I transitioned into a pub rock act and did that for a while, until I saw Massive Attack and Atoms for Peace play at Fuji Rock in Japan. That was the moment. I was obsessed. I had to make electronica that could be played live.

What would your advice be for independent coming up and how to stand out with their sound?

It’s taken a long time to come up with the Phondupe “sound”. It’s hard to say what it is, but I know what it’s not. You need to put parameters on your music and explore everything within those parameters.

When I first started out, I bought an MPC 2000XL and a mic -  that was it. I made a pact that I had to make my first EP with the my oldest keyboard and a broken laptop, making samples out of the kitchen. The EP was done on a trial version of Sonar and ended up getting played on radio around the world. That process taught me a lot - you have everything you need to create your sound, right now. That’s a nice mantra to create by.

What’s coming up in the pipeline for Phondupe?

So I’ve just launched my new label Air Con Records. I’m knee-deep in development of my first live performance installation as part of Melbourne Music Week. It will be the first solo work I’ve exhibited, exploring consciousness, morality and identity.  On the music side, you can expect a new track at least every 2 months for the foreseeable future.

There’s also an ambient record on the way, and next year I’ll be touring a project with my partner - Death Meditation; a 30 minute soundtracked experience of your own death.