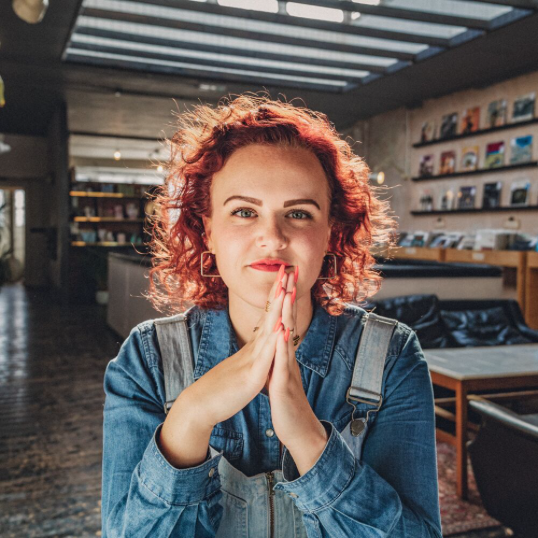 Having grown up in the San Diego area immersed in the sounds of Motown and funk from an early age, Alexa Shoen has always had a wide-spanning net in which to catch her musical influences. With Etta James, The Supremes, The Jackson 5 and many more playing a part in the cultivation of her sound, she now delivers the first offering from her forthcoming debut album, ‘Better Kisser’.

While she obviously takes her cues from those retro names, her sound is far more dynamic and fresher in its approach to the genre. With a fast-paced and vibrant take on the soul sound, ‘Better Kisser’ takes the big band style of classic swing music and rebrands it for the modern ear, making for an incredibly insatiable new release.

Speaking about her new single, she said, “This song is about exactly what you think it's about. I wanted to write a strong fantasy track. Instead of facing reality–playing the victim of a painful and mostly unrequited relationship who then did something wildly inappropriate–what if, instead, I could turn the narrative around? What if I got to have the power? Just for once?"

‘Better Kisser’ is available to stream and download now, while her debut album ‘Lies I Used To Tell Myself About Love was recorded at Jazzanova Studios in Berlin in collaboration with engineer/producer Ed Bentley (Mogli, Sophie Hunger, Parcels, and more) and musical director David Riaño Molina (Ambrodavi), and is due to be released soon.

Have a listen to ‘Better Kisser’ below.