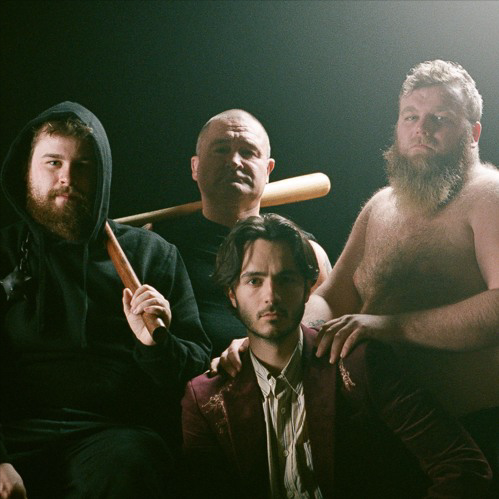 Growing up as a pastor’s son, Alexander Teller doesn’t believe in God but still thinks that he is going to hell. He has spent the last three years working on the release of his forthcoming new EP ‘A Snake Oil Seller’, which as its name suggests, pictures him as some kind of fraud. But the truth is he is a self-deprecating individual that never lets public opinion affect his state of mind, as he delivers his new lead single ‘A Cigarette That Never Goes Out’.

Channelling the same dark and atmospheric aesthetic of artists like Nick Cave and Radiohead, this new release looks to cement him as one of the more thought provoking artists of our time. With its nods to both blues and soul wrapped up in its indie-inspired production, this track continually punches without needing to shout about it, leaving his forlorn falsetto vocals to lead the emotional charge.

Speaking about his new release, the singer added, "The tracks were made in bedrooms and garages across south London. I don’t know if I’m a natural songwriter. I can’t just write about anything so it takes a while to finish songs. I’ll have about 8 incomplete tunes that will suddenly all fall into place simultaneously. I guess I’m hoarding them. But now they’re finished I can’t be an overprotective parent anymore, and I don’t get to be the one who decides if they’re good.”

“’A Cigarette That Never Goes Out’ is a love song (or a loss song?). I have a lot of fun writing words that don’t seem like they should fit in a song. I don’t want people to think that the humour in the lyrics means I’m being facetious or frivolous. It’s definitely sincere. There’s somewhere between being earnest and being playful that I think carries the most weight."

Alexander Teller’s forthcoming EP ‘A Snake Oil Seller’ is due out in early 2020, while ‘A Cigarette That Never Goes Out’ is available to stream and download now. Have a listen to it below.