Cortney Dixon shares psychedelic music video for new single ‘What You Wanna Do?’

Posted by Chris Graham on November 01, 2019
‘What You Wanna Do’ is Cortney Dixon’s second single from her forthcoming EP entitled ‘Our Intuition’ produced by Jim Lowe (Stereophonics/Charlatans). This follows first single ‘Summer’s Eyes’ which was championed by BBC Introducing and was described by Atwood Magazine as: “An anthemic pop song that, once heard, will stay in your head and heart - destined to be a future festival crowd singalong”. 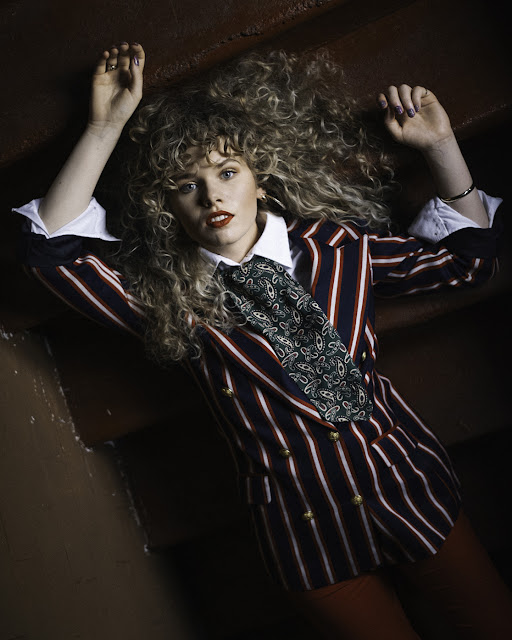 Captivating with authentic Geordie warmth, quirky charm and charismatic style, she recently made her international debut at Reeperbahn Festival on 19th September after being championed by CD Baby. The hugely popular showcase attracted industry, media and fans alike and confirmed her as a future star. Back in the UK, Cortney and the band will be out gigging this Autumn. More news follows soon..

A prolific writer and winner of ‘Ubeat Songwriter of the Year’, Cortney’s an un-missable Live performer and prolific writer was raised on an eclectic mix of music. She loves St Vincent, Christine & The Queens and Sigrid, is a fan of ska/punk bands including The Specials, The Clash and The Beat and grew up listening to Fleetwood Mac, Bowie and Kate Bush.