Reva Devito takes us to “Cali” in her self-directed video

Posted by Chris Graham on November 01, 2019
Having made her mark as one of today’s most sought after vocalists, Portland-based singer/songwriter Reva Devito boasts an enviable resume with features on some of the most recognizable tracks of KAYTRANADA, Chuck Inglish, and B.Bravo. Her last EP, ‘The Move’ garnered over 8 million plays on Spotify alone, showcasing her timelessness as an artist with a vibrant mix of neo-soul, 90’s R&B, and jazz.

Devito is now preparing to step back into the spotlight, kicking it off with her debut album slated for release early next year on Ultra Records. The album is set to be one of the most personal yet for Reva, sharing “this year and most of last were extremely transformational years of my life. For the songs on this upcoming record, I drew a lot from the loss that I experienced contributing to major growing pains. It’s not easy to let parts of yourself die and to step into your power, so I am grateful I had this project to channel some of that energy into.”

Having released the dreamy anthem “Cali” – WATCH HERE – in September as a last hurrah anthem to celebrate the end of summer, the songstress returns today with a properly fitting music video, which she produced and co-directed. 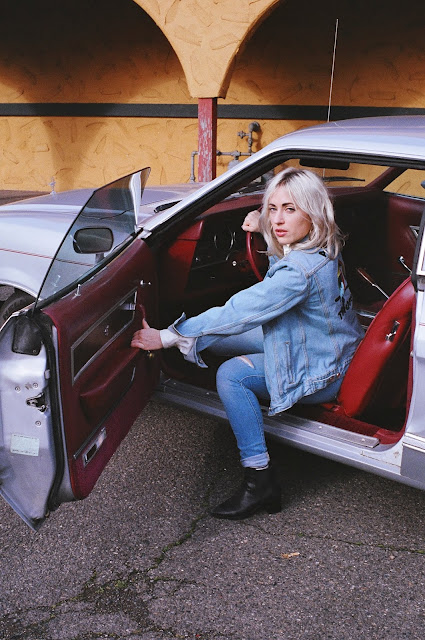 I knew I wanted to do a video for Cali and talked about a few ideas with my creative partner, Tiki. A few days later, I ran into my friend De’Angelo and remembered he had my 80’s Toyota dream van, and I thought this would be perfect for the vision. De’Angelo agreed to a daytime shooting adventure and we literally threw the video together within a matter of days. I wanted to highlight the lyrical content of Cali that expresses adventure with a friend, where you’re not sure whether there is a romantic aspect or not, you just know it’s something special and want to enjoy each and every moment with that person. The idea is that we’re on our way to California from Oregon, and making the best of our trip.

A funny coincidence with this song is that I wrote it back in November with no plans of relocating to California, but literally today (October 2) my car is packed with most of my belongings and I’m headed down to my new home in Los Angeles.
Life is crazy, son.
A balmy R&B ode to the west coast, the track was produced by past collaborator Young Franco (their recent single “Otherside” has already garnered over 3 million plays across streaming platforms).

With a can-do attitude, a whole lotta soul, and positive mindset, Reva is ready to craft her future, as she dives deeper into her hustle and industry insights, Reva shares, “Something I’ve learned working in this industry, is that nobody is going to hand you your career on a platter. Even working with a major label, you can’t expect to be given the capital it takes to really build. That being said, one of the major realizations I came to in these last couple of years is that you are the only entity you can truly count on. If you want something bad enough, you take measures into your own hands. I started brokering cannabis during the day and recording my record at night. I started to realize the importance of investing in your business, so nobody can tell me “we don’t have the money for that’, well guess what?! ‘I do!”

Devito is set to join Miami Horror for their US Tour, which kicks off October 31st in Vancouver and will be hitting major markets including LA, NYC, and Chicago. For more information, click here.
Cali De' Angelo Otherside Reva Devito Self-Directed Vancouver Video Young Franco