Posted by Chris Graham on December 02, 2019
Indie-pop quintet On-The-Go releases the track ‘High’ from their upcoming album today and we are happy to share it with you. ‘High’ is the third single from their 2020 album ‘Unsaid’ and it features Naadia, an indie pop band created by a mellow voiced singer Nadezhda Gritskevich. This beautiful track captivates with a catchy chorus and mezmerising vocals and is a result of a successful collaboration between two wonderful Russian indie artists. 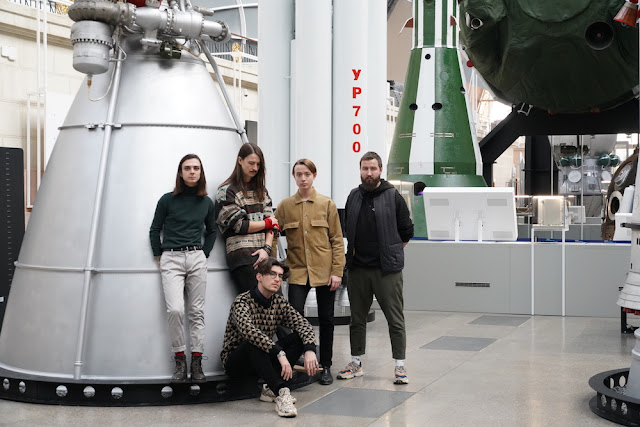 On the single Yura Makarychev, the frontman of On-The-Go says: “Although the lyrics for this song are not written by me, being a parent of two kids I truly understand the meaning of this topic. The first version of the song was written by Naadia for her previous project already back in 2012. With the arrangement by Maxim (the composer, producer, guitarist and vocalist of the band), the song matured and is now being released at the right time as the best version of itself.”

Tune in below to hear ‘High’ now and keep an eye/ear open for On-The-Go’s new album early next year.