INTERVIEW: Toby Corton discusses his ambitions, influences, and getting his Nan to appear in his latest music video 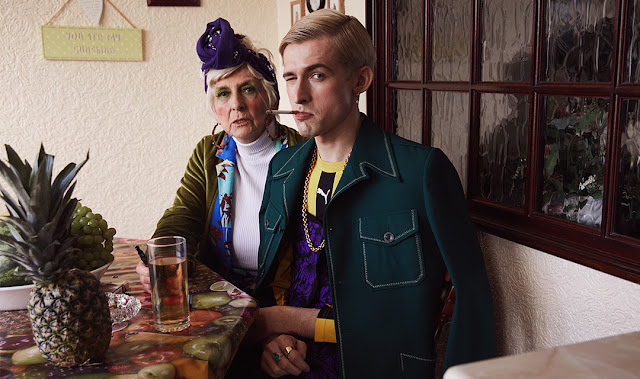 Since the release of his debut single ‘Hazy Sunday’, London-based singer and songwriter Toby Corton was immediately championed as the future of the jazz/RnB hybrid scene that the capital has been obsessed with of late. And after dazzling us with his glorious debut EP ‘Dazed And Clash’, he has now returned with his latest offering ‘Giving Up’.

So with an ever-growing presence surrounding him, not to mention a wonderfully uplifting new video featuring his own grandmother, we caught up with the young crooner to find out more about his ambitions and what has inspired his music so far.

Hi Toby, your sound is incredibly eclectic, who are your biggest inspirations?

They, as you'd imagine are also fairly eclectic. I grew up with lots of different genres from Soul and Motown, jazz and classic crooners, to pop, folk and indie. Growing up I remember there was lots of Sade, Simply Red, Fleetwood Mac and Nat King-Co. They'd make one odd band - but I'm here for the collab.

Does London have a certain pulse that affects your music?

Probably, subconsciously - it's not something I've thought about in that way, but regardless you can't help but be influenced by your environment especially when it's one like London.

Tell us about Giving Up, how did the song come about?

Giving Up is me laughing about my inability to stop smoking. It's me saying to myself "you're an idiot but oh well!"

Did it evolve significantly from the original demo?

I'm gonna say yes, but in all honesty I can't even remember what the original demo sounded like

How did you rope your Nan into the video?

I said to her "I'm coming for dinner on Sunday and my mates gonna film a music video" and naturally as her cherub child she obliged. But she's a legend! SHE'S 83. I'd like to know what's the oldest person ever in a music video?

How did the idea for the video emerge?

So my parents obviously disapprove of me smoking. My nan used to smoke so she gets it, and she only lives 4 door along from my parents so I'd sneak off to hers to spark up and it was a tradition to have Sunday Dinner at hers.

A Brexit Themed Album... Just kidding, more new music, more love shows and all the creative bells and whistles to go with.

Toby Corton’s new single ‘Giving Up’ is available to stream and download now. Check out the brilliant new video for it below.