A nine-track release, MOOD is underpinned by a polished brand of ambient electronica that the Australian artist has made his own. Kicking off with ‘MOVEMENTS’, an ethereal, experimental offering that has previously been released as a single, the LP then masterfully careens through different styles and tempos, strung together by Mild Minds’ own haunting vocals. 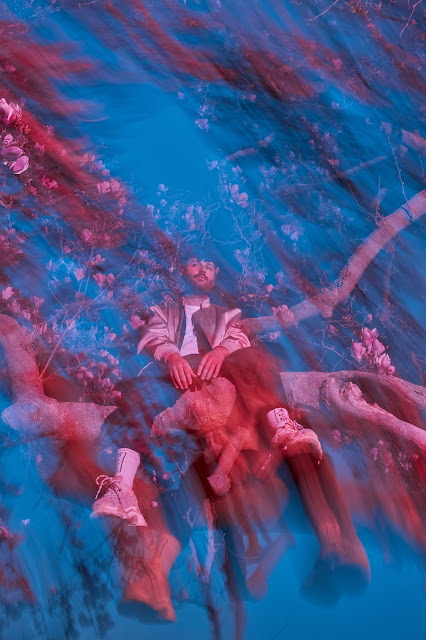 Among the standout tracks is ‘SWIM’, Mild Minds’ debut single release, which sets the tone for a simultaneously dance-y and introspective project to be unveiled. The album also includes the delicate ‘EMBRACER’, a track that strikes the perfect balance between the organic and synthetic, ‘WALLS’, the one-half political, one-half personal ballad featuring vocalist Boats, and the orchestral whimsy of ‘DOPAMINE’.

“I've always believed that some of the best music comes when you do it somewhat naively and innocently,” Mild Minds explains. “I hadn't had that feeling in years so I intentionally hit a hard reset when starting this project. Letting go of everything I knew, the tools I used, the music I listened to, and expectations. I wanted to get back into that naive zone and see what came out. For music to be real you can't over think what you're doing, which is something I was always used to.”


“The intention was to find inspiration in the world outside of music and create immediately as that inspiration hit,” he continues. I wanted to play with the moods of current affairs and humanity, allow myself to feel something intense and then create a track to represent it in an abstract way. Some of my favorite music doesn't adhere to a particular genre, so that's something I also wanted to do with this album, bringing together pieces from many different genres.”

The album marks the follow-up to ‘SWIM’, Mild Minds’ debut EP, which garnered over 2 million combined Spotify streams and a recent Grammy nomination for ‘Best Remixed Recording’ for the remix of ‘SWIM’ by US producer ford.

He also recently completed a performance at CRSSD Festival in San Diego, three-date West Coast mini-tour with Tycho, taking in sold old shows in Oakland, Santa Cruz and LA earlier this month, and will join Big Wild, Bob Moses and Crooked Colours on the stage of the fabled Red Rocks Amphitheatre on August 21, with more tour dates set to be announced soon.