Posted by Fred Bambridge on March 21, 2020
Hailing from London the four-piece have been performing live for a couple of years now and have comprehensively covered the gigging haunts of London, such as the Amersham Arms, Notting Hill Arts Club and Proud. Having released four singles as of now (with "Principle Fighter" being their fourth), the band has got a decent following for an unsigned London band and it sounds like the quartet is looking to get more of a foothold.

The new track is a SIX minute epic indie-rock track with a few twits along the way, with the noticeable electro-breakdown just before the 5minute mark. The band has real nods harking back to the golden indie-rock days of the mid 00's, with angular guitar tones that remind us of Bloc Party, Art Brut and The Departure. 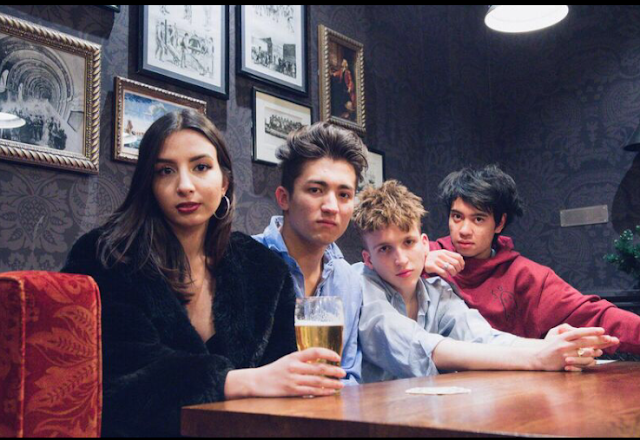 Speaking about the track the band say "The lyrics take the listener on a surreal tour of the city, from the riches of overly privileged students and West-End oligarchs, down to mud dwelling submarines in the Thames and bedraggled foxes in the south."

With the London music scene being the hottest it has been in ages, it's quite the achievement for a new band such as Saint to get a following to their live shows. Just by listening to "Principle Fighter" you can hear that their live shows are just off the wall, so why not head down below and check it out!