Posted by Fred Bambridge on April 22, 2020
Olly E has recently shared his punchy new single "I Refuse", which is his first single release in 2020 and follows on from his acclaimed 2019 EP "Such Is Life". The Leicestershire based singer-songwriter has got some really addictive elements in "I Refuse", from the bouncy guitars in the opening sequence to the almost Ska basslines and not forgetting the 80's influences synths, giving this track an abundance of feel good vibes. 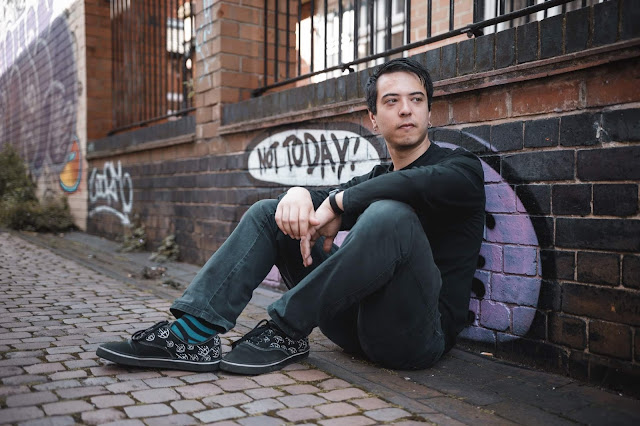 Speaking about the song Olly E says  " ... "I Refuse" is a cry for society to wake up and realise we are being misled by governments and authorities before we are all in a situation we can't escape. This song is my stand saying I will not fall asleep whilst the world burns." - Which considering where we are in the world now is a very poignant thing, action is needed.

Having released two EPs so far "Olly E' -1" in 2016 and "Such Is Life" in 2019, Olly E is looking to push on in a big way with the addictive new cut ."I Refuse" is a big statement with some great lyrics which in 2020 hold so much meaning to many people, it really won't be much longer before this singer-songwriter will be having lots of fans heading his way.