Staff Party share noisy new track "The End Is Nigh"

Posted by Fred Bambridge on April 25, 2020
Hailing from Brighton, Staff Party have recently shared their noisy new track "The End Is Nigh", which was released bang on time as far as we're concerned. However while speaking to the band they say - "This was written before all of this nonsense started. I'm not psychic - I promise." 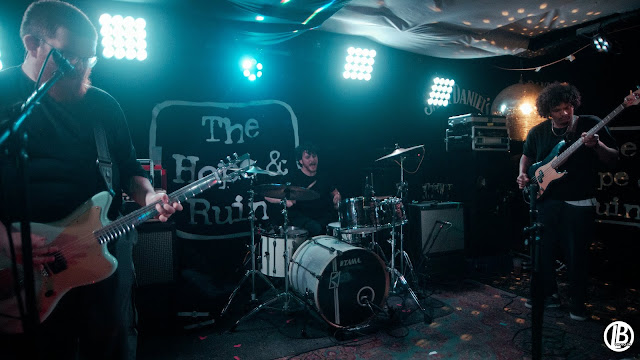 The new cut from the trio marks their debut release on Spotify and as far as where we are sitting it will end up in heavy playlists very soon. The wall of noise is a great distraction from mundane everyday life with the band taking influences from the likes of METZ.

If the Brighton trio keep on writing solid tunes such as this then don't expect them to be playing small venues for too long. "The End is Nigh" is a great starting point for them to really make a name for themselves, so head on below to check it out and be sure to follow them on the social channels too!