Posted by Fred Bambridge on April 29, 2020
Wax Heart Sodality earlier on this month shared their dark new single, "Hoodwinked", with the single marking their first release since their debut track "Alphas" which was released back in 2019. The quartet are based out of Darlington and have had some praise from all over the board, with the BBC sharing the love with Introducing, and BBC North East and also Radio Tees getting in on their deep cuts.

So the new single, released back on April Fools Day earlier this year, "Hoodwinked" has a few sinister sounding elements with some murky and crunching basslines throughout. The singer here expresses anger in the lead vocalist, especially in the choruses with the backing vocals giving it some atmosphere. 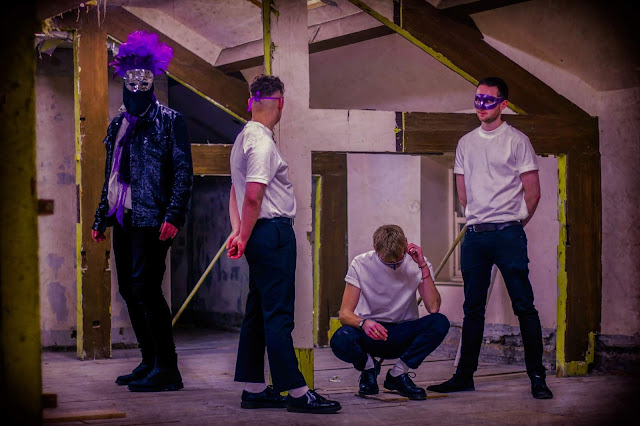 With some grunge flavoured guitar tones and the dark texture of the track you can't help but feel like this track has a part of your soul. It's so good we've given it a good few plays already, and you should too, with love from various BBC Radio outlets, Amazing Radio and our good mates at IndieCentralMusic the band are just starting their ride on the musical journey. Be sure to follow them on the socials and on Spotify to keep up to date with Wax Heart Sodality