Posted by Fred Bambridge on May 21, 2020
Pizza Daddy have recently shared their dreamy new single, "Too Many Boyfriends", which came out last week on May 15th, and follows on from their debut single "Family Time".The London based duo are not slowing down, having already released their debut track earlier on this year this new offering is once again a dreamy cut that'll have you pining for more.

After spending the last 5 years in London dream pop band BOYS and playing shows in the UK, Europe and America with the likes of Fake Laugh, Trudy & The Romance, Lowly & Sasami. Founding members Ross Pearce and Mike Stothard are taking a break and starting their new project Pizza Daddy, which so far is generating all sorts of buzz. 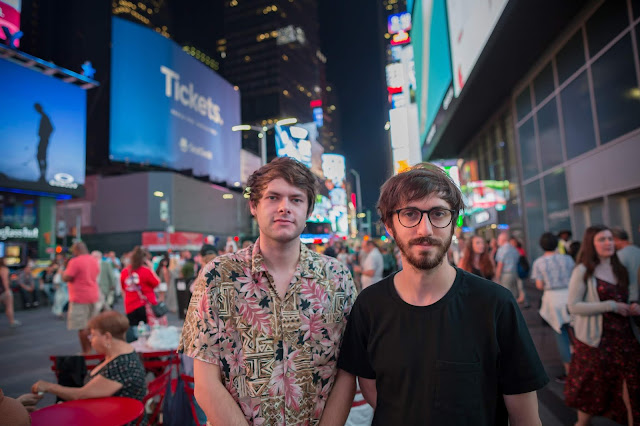 Talking about the new single the duo said - "The song was written about a friend of ours who was dating a girl he really liked, but he kept mentioning he felt like she was dating other people behind his back and had 'Too Many Boyfriends'. He was doing exactly the same behind her back so we didn't understand where he was coming from, in the end it all worked out fine and they are now officially together".

If you are after a band that sounds like The Beach Boys pop crossed with Tame Impala psych sensibilities then Pizza Daddy might just be the ones to tickle your ear. "Too Many Boyfriends" is a wonderful piece of art to listen to while being basked in sunshine - which as of the time of writing the UK is in a glorious warm glow. Having proven that they both can pen great tracks with their other project, Pizza Daddy are going to be ones to watch closely!