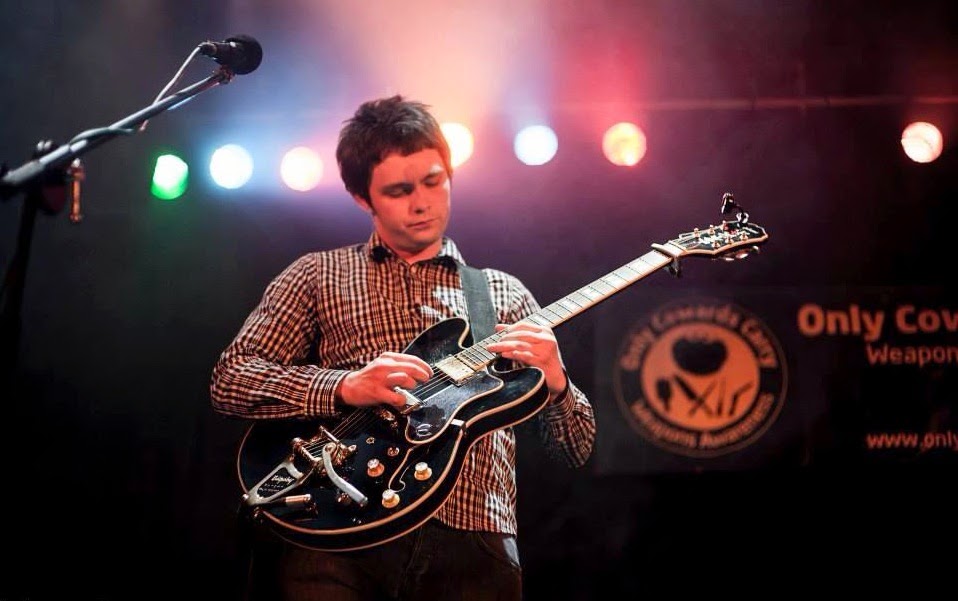 As their charmingly, ambitious name and poker-chip band emblem would very much suggest, Chasin Vegas have always aspired to be on the tail end, if not at the forefront, of something far greater in stature and social importance than the soggy, desolate place of residence that they currently exist in.

Of course, if you were to take this band, or shall I say this band’s name at face value, then you might think that their ultimate goal is to secure a 100 night residency at Caesar's Palace, but of course Vegas isn’t literally what they are galloping towards - it’s the analogy that can be fashioned by the magic of such a place that is what this band is actually striving after. The dream, the jackpot, the gold at the end of the rainbow - the outer body experience you succumb to when you hear your words ricochet off of the walls of arenas, as an abundance of fans indulge in a mass sing-a-long, to your song.

Las Vegas’ awe-inspiring, flashing pinball table exterior may be the perfect way to personify the towering heights of achievement that this band expects and desires to exceed, but it also helps to epitomise the facade that is draped over the idea of being able to obtain something so otherworldly, without failure or unfortunate luck. A form of deception sugar-coated with the silk lining of nothing, but success.

As we all very much know, however, boxers do fall to their knees, hearts can break and a magnitude of inconveniences can very quickly pile-up and have you wondering how the very episode of your life you’ve been chasing after ever since you knew how, ended up nothing short of a million miles away. Suddenly, you’re a long way from Vegas, and you are a hell of a long way from being the accomplished protagonist in the real life, perfect dream that you so desperately long to call your own.

Now this may all seem rather dramatic given the context of this piece, but in hindsight, it really isn’t that far from the truth. Chasin Vegas’ prolonged birth and slightly endless and exhausted struggle to recruit truly committed members has always been plagued with disappointment – it has always been a recurring blip in frontman Tony Clarke’s hatched plan for music industry domination. And the band’s latest calamity came on the eve of the initial scheduled release date for second single, ‘Feel It’ – the follow-up to the group’s enthralling Britpop debut, ‘Times Are Hard’.

After little deliberation, guitarist Ryan Wadey and drummer Tim Norman simultaneously decided they no longer wished to be associated with Chasin Vegas, and as a result, parted ways with Clarke and bass guitarist, Joshua Greenley. They’d donned their poker faces and placed a sinking Royal Flush onto the table with no word of warning. For Clarke, the chips were once again down; preventing him from whole-heartedly being able to attempt to achieve what his Britpop predecessors and heroes did so in the ‘90’s. 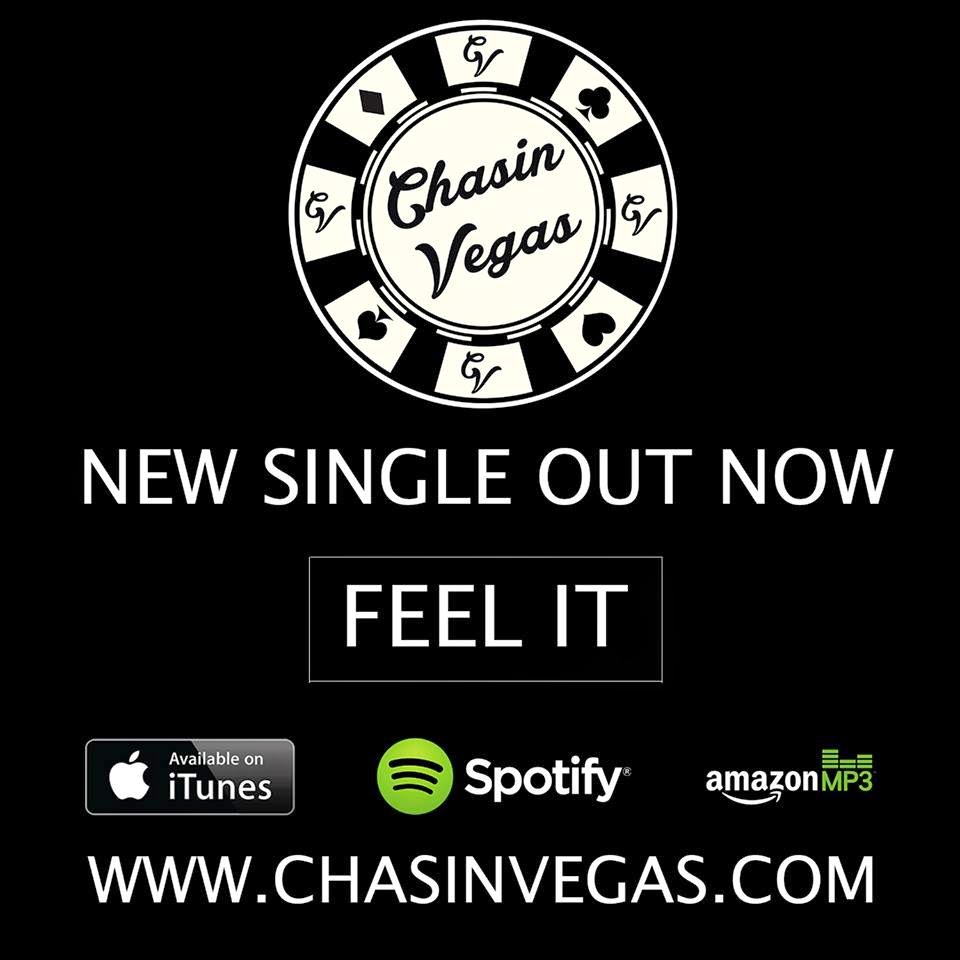 However, nobody embarks on a sultry swagger up to the casino roulette table, without the ideological viewpoint of success at the forefront of their dollar sign stricken, sense of anticipated good fortune. And why would you? Nobody would play the game if they didn’t at least think they’d eventually leave with the jackpot. And thankfully, Tony Clarke and Chasin Vegas are no exception - and they aren’t afraid to spin the wheel and embody the true spirit of their source of inspiration, Oasis (much like they do when writing songs) and prevail in achieving the very things they idolise about their idols - the music, the lifestyle, the love of millions of adoring fans. And although their latest single, ‘Feel It’ is a dog-eat-dog, meat-chomping bull terrier of a track on the surface – its lyrics, coincidently, couldn’t be more fitting given the band’s current situation.

‘Why would you leave your dreams, what does it mean to throw them all away?’ passionately and somewhat bitterly sings Clarke, following a thrilling and explosive build up to the song’s climaxing and emotive chorus - a conveniently relevant, lyrical anecdote in light of the band’s recent stray members, despite being wrote after their departure.

The track’s slightly fragmented sounding opening bass riff courtesy of, Greenley, which follows the anticipation building, guitar feedback seems disjointed in context with the rest of the song, yet succeeds in perfectly complimenting the song’s ferocious angst with a slightly more vulnerable and alluring essence – which acts as a balancing interlude to the melodic guitar heavy verse and chorus’s. The track in its entirety is an accomplished and passionate statement, convicted with precision and delivered with a true sense of evoking and yearning, raw emotion.

The series of ‘feel its’ that are propelled back and fourth between Clarke and the backing vocalist do nothing, but instantly trigger you into a fist pumping, ‘singing at the top of your lungs’ bundle of cascading and overwhelming euphoria which successfully acts as further proof that chief songwriter, Tony Clarke is incapable of writing nothing but pure anthems one, after another.

‘Do you ever feel like, another star in the never ending sky?’ ponders Clarke in the opening line of the slightly funky and layered verse - desperately pleading with himself to not become yet another bygone musician, like the sadly bygone era he and his band are looking to rightly emulate and revive.

Elvis Presley impersonators, endangered white tigers and occasionally the cast of The Hangover may well revel in Las Vegas, but that’s just a daydream covered in glitter and feathers. Chasin Vegas on the other hand, they’re still very much after the real dream, and as long as they continue to graft away, one day, they’ll be living it.

Chasin Vegas' first two singles, 'Times Are Hard' and 'Feel It' can now be streamed and purchased on Spotify and iTunes.


Listen to 'Feel It' now via
https://soundcloud.com/chasin-vegas/feel-it