Posted by Fred Bambridge on September 21, 2015
Claims that David Cameron once put “a private part of his anatomy into a dead pig’s mouth” sent Twitter into a frenzy of Photoshopped pics, porcine puns and gasping disbelief.

If you're not into politics then this post isn't for you, but if you are then you'd know that earlier on this year Los Campesinos! released a new t-shirt prior to the general election with David Cameron kissing a pig's head, and it turns out they predicted the future! The band are now considering to re-print the t-shirt to raise even more money for their charity. 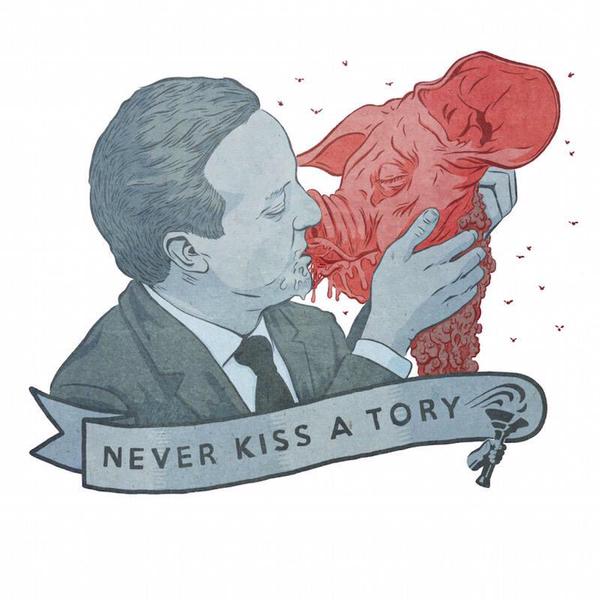