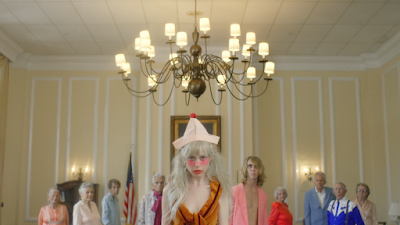 Petite Meller, whose euphoria inducing debut single “Baby Love” introduced her as one of the most fascinating, colourful and truly original artists to emerge in pop music in recent years, has her brand new single “Barbaric” released on November 6th.  The song received its first play last night on BBC Radio One as Annie Mac’s Hottest Record In The World.

Petite Meller tells us that 'Barbaric is about the wish to be uncivilised, to un-supersede your wild desires. We are all Barbaric, don't try make us normal.


Petite Meller’s new single explodes with an uninhibited, joyful exuberance; infectious with dizzy drum beats and a 70s jazz vibe.  Meller grew up between Paris and Tel Aviv, but for the past year has called London home, while working on the songs that make up her debut album.