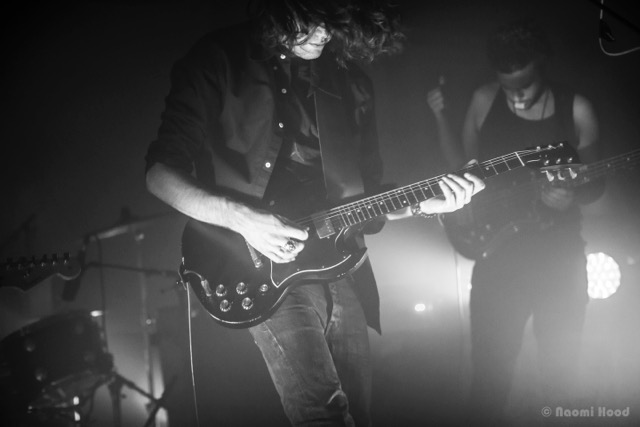 In the heart of Notting Hill lies a small, unobtrusive warehouse, crammed with people filing through a small gate, bringing their own beer, to celebrate the launch of Keroscene’s latest single “Regret”.   The band live, rehearse, record and put on DIY shows here, showcasing themselves and other up-and-coming bands with monthly parties.
An appreciative crowd stands bathed in dry ice as Keroscene blast a wall of post-punk sound at them, clear influences including Faith No More, Pixies and Nirvana.  It is a slick performance, reflective of the band’s complete commitment to the music and their creation of it.   They are tight, loud, energetic and clearly having a great time together.  It is easy to imagine them in a stadium.
Standout songs are previous singles “Storm O.K.”, which is the most Nirvana-esque, and “Cotton Candy”, full of sludgy reverb.   The highlight of the set is “Regret”, which builds upon the best elements of Killing Joke’s “Requiem”, with its relentless dirty chugging synth and a catchy bass riff, breaking through to a potentially anthemic chorus.  Based around a dialogue between two people, the lyrics are whimsical and reminiscent of 70s story-telling songs.
There is a particular resonance about being at a gig at precisely the same time as horrific atrocities were being committed at another gig across the Channel in Paris.  The multinational membership of this band serves to underline this somehow, bringing a welcome sense of cohesiveness at a time when it seems especially relevant.
A memorable gig, a promising band. Check out “Regret” below. 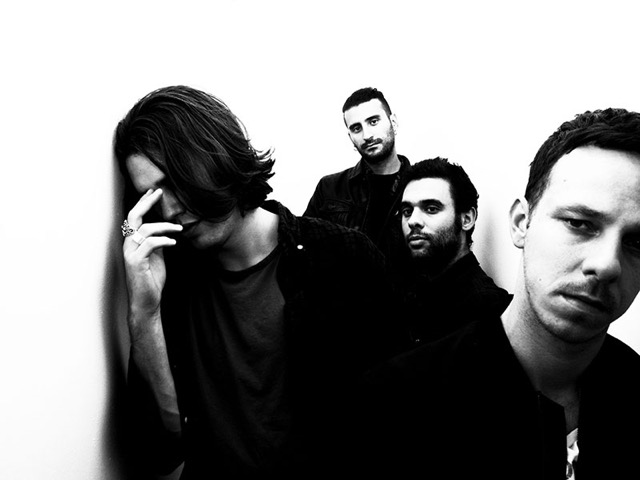