Posted by Jason Hare on February 09, 2016
Either i'm going mad or the Brudenell Social Club has venue has moved. Yet nobody i spoke too seemed to confirm this for me. Anyway despite my uncomfortable feeling that i was possibly at the wrong venue, i instantly heard the reassuring sounds of Indigo Velvet coming from the room behind the bar.

Their sound caught my ears instantly and even made me skip getting an early Guinness in for fear of missing another second of their set stood in a queue at the bar. A couple of people had said these lads were good (shout out to the Lisbon street team @LisbonFC) and for me they didn't disappoint. Technically great, young and enthusiastic, I thought they carried themselves really well. Keep it going boys!

Want to check them out, below socials:

Victors were next on the bill and they for me personally didn't hit home as much. I can't slate them because they actually played a great little set, there was just that spark missing for some reason that even a couple days after the event i can't quite put my finger on. Maybe the tunes that had the familiar 'ooo's and ahh' sing along sections just made my brain switch off.

That said I genuinely loved the bassist! From the moment go he was just exuberant about being on stage. 1UP on everyone else's efforts.

What can I say about King No-One that I haven't already. For anyone who has read my previous posts about them will know i love this band so this is going to read pretty samey.

The lads know how to deliver their tunes now with almost surgical precision and I always enjoy a good mic stand twizzle! 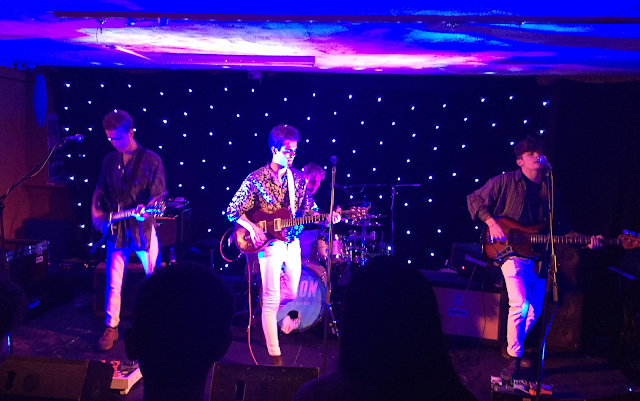 The guys played their newest tunes "Stay Close" and "Say My Name" which went down rather well with a Leeds crowd who no doubt will now try pop along to the single launch in the same city. Headrow House / 17/3/16.

Jump on board if you haven't already:

Headline Act - LISBON certainly showed their prowess in terms of headlining an evening of good music by treating the crowd to some sensual, almost seedy at time, proper good indie tunes. The lads know how to get the crowd involved whilst still singing about subjects to make you think.

New tune 'Vice' has a vibe that means your hips move even if you don't want them too! A natural progression from a tune like 'Good 2 Me'. You cannot stop this, nor should you want too. 'Khaleesi' and 'Blue Love' and had the crowd continuing to move and get involved. 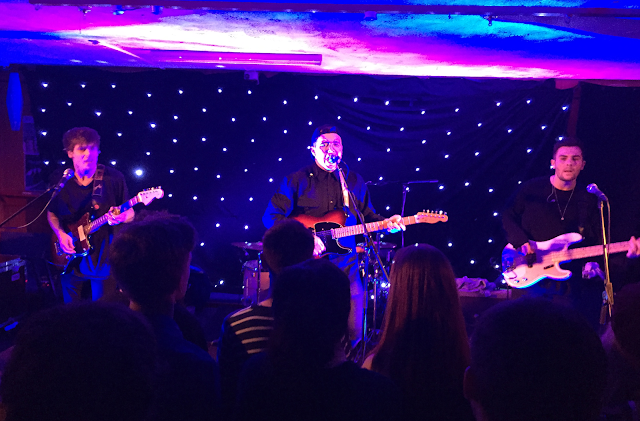 In turns out the lads are really really nice guys from speaking to them afterwards and i hadn't realised that I am apparently a doppelganger for Matt Varty (Lead Singer)... see this link: PICTURE

@lisbonjoe was superb at the merch stand appreciating the fact i'd traveled a fair distance, told me to have a safe journey home and chucked a t-shirt at me! On stage he was a class act aswell, as were the rest of the lads.

Would recommend catching them at some point in the near future if you can. Apologies for the poor pictures btw, i'm no cameraman unfortunately so i let the iphone do it's best. Must try harder in that respect but when the bands had my attention all night i always forget to take good piccys.