Posted by Unknown on February 16, 2016
If there’s any band that could better defy expectations, it’s Hampshire foursome Wild Font. Friends for years, the group got together without serious intentions to experiment with what kind of music they could create if they put their heads together. Now, only one year into their journey as a band, the guys have already made an impression on the industry, with airtime on BBC Introducing the South and impressive shows in London and Brighton.

What we’ve heard so far in their newly released self titled EP, is entirely fresh faced and energetic. Featuring the upbeat single “Physics”, the EP jolts together ethereal vibes and catchy hooks to make contagious indie. Their sound is experimentation at its most joyous: intense, soulful and playful. The foursome have made a marriage of fierce, erratic overdriven guitars with melodic funky grooves and stadium-sized choruses - and it works. 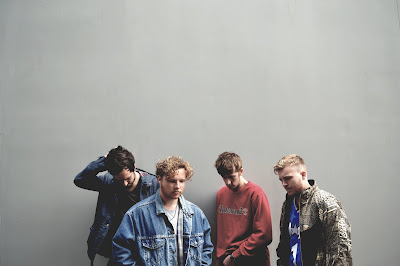 With a second EP in the works, a growing list of live dates, and a loyal fanbase things are lining up to be a promising year for Wild Front.