Posted by Jason Hare on March 14, 2016
Looking forward to gigs can always be a double edged sword I find. You either build it up too much in your head that the evening ends up letting you down or your excitement has been totally justified and the bands blow you away. Safe to say this gig lived up to the previous weeks excitement for certain.

I was lucky enough to interview Clean Cut Kid before hand aswell which will naturally be a separate piece to this in the coming days, be sure to check that out as it was a great laugh! Questions were asked, water was thrown and tattoo's were shared!

Gig review abound though and for me CCK just suit being on a stage... period! For a band that have risen quickly to be one of the most exciting prospects around right now they just ooze comfort. 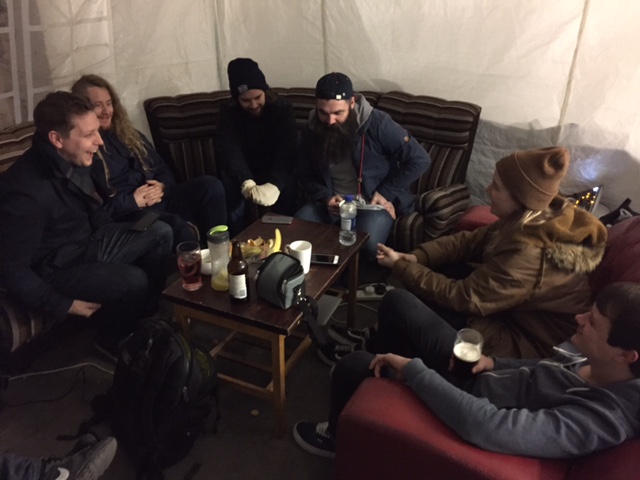 I professed to the band that I was a huge fan of '20 years from now', I was naturally gutted when they didn't play it! However this disappointment was over shadowed by nailing 'Brother of Mine'. A similar type of song in terms of tone and construction but with a ridiculously great guitar solo thrown in the mix that mesmerised me straight away. Backed up by other great songs that I was shamefully unaware of such as 'Stay' and 'Make Believe', I was pleased that their set had a lovely warmth about it, throwing in the new single 'Pick me up' aswell as 'Runaway' and obviously 'Vitamin C' for good measure.

Genuinely nice people with tunes that should rocket me into the conciousness of the music buying public, I'd easily class these as one of my favourite bands right now! Jump... On... Board!!! 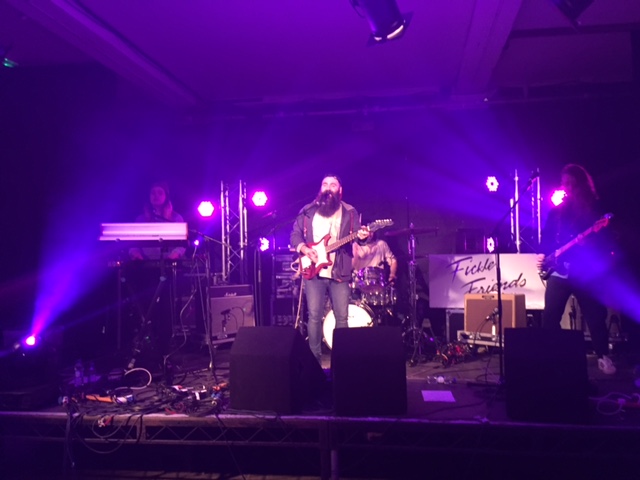 Moving on to Fickle Friends I immediately want to write about how they come across as more mature than they look! I mean that in a way that they clearly have a distinguished 80's vibe going with artwork and subtle sounds for their tunes but they have a maturity in their structures which I am uber impressed with, looking as though they have all the youthful vibrancy of being straight out of college.

Natti's voice is subtly eloquent and certainly works on their recordings, I was ever so slightly gutted that all her intricate notes were slightly forced under by the rest of the band. 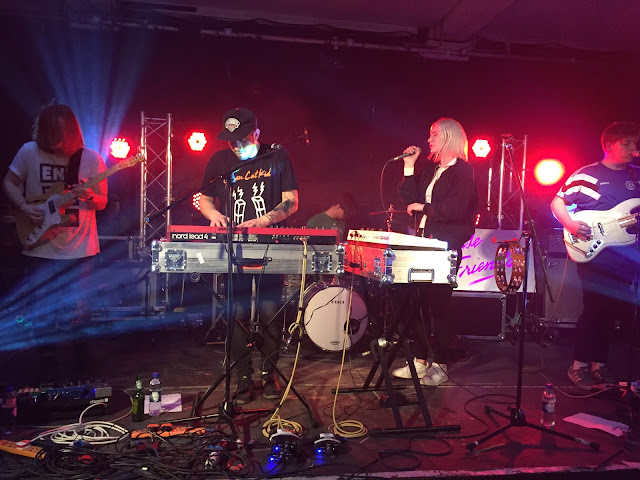 That said it did not detract from how good they are on stage perfectly executing tracks such as 'For you' and 'Say No More'. I felt as though they just appeared to want to have a laugh on stage and really enjoy what they were churning out.

By their own admission it has been a long tour which is coming to an end however the chance to hone their skill set further, bash some new songs out live and gain new admirers around the country has been great for the band and I for one really look forward to what comes next with this band.

Stick some of their songs in your playlists and you won't regret it!