Posted by Richard Maver on March 26, 2016
Ever since the release of their eponymous 2013 EP, Wet have been key players in the new found lounge-friendly soft-pop movement, dominating the blog scene and flirting with the mainstream. Mixing 80s R&B and earlier soft rock influences, the band’s name has been bandied around with the likes of The XX, Jessie Ware and Rhye. The recent surge in popularity for Wet has only been aided by the release of blissful debut album ‘Don’t You’. Credit must go to the strength in intricacies, production and patience surrounding this album, since it has managed to overpower an arguably fading trend and come out triumphant. In lieu of this, it is no surprise their show at Scala was a sell-out.

With headphone-friendly fine points being very difficult to recreate in a live and large setting, Wet didn’t overcomplicate their set. Instead, the Brooklyn trio (backed on the night by a second percussionist to boost the steady beats) delivered a clear and powerful show. Opening with crowd pleasers ‘Deadwater’ and ‘You’re The Best’, the band overcame early tech jitters and overly loud crowd members. Vocals from Kelly Zutrau were clear, with an endearing quaver, maintaining her powerful, ringing notes of affection and pro-apathy. Backed by beaming blue lights, seemingly expert in hitting every audience member directly in the eye regardless of location and build, the band seemed to gain confidence hiding in the shadows.
With her figure dissolved into darkness in front of the textured background, a shy Zutrau could still command attention when singing alone during ‘Small And Silver’. With no additional voices, nothing to hide behind, her drifting vocals rose above the increasingly irritating crowd; where the reintroduction of the quiet thundercrack drum, reverb, and pealing guitar completed the carefree dreamscape. Personal favourite ‘Move Me’ and ‘Body’ swiftly followed, with the latter being drawn out for a bigger and punchier finale. With one track weaving into another, only to be broken up by fluttering wildlife echoing in the monitors, the sound became more anthemic with a stronger low-end punch. The notably bolstered sound is helped by the addition of a live drummer; which shows the band have clearly thought of how to up their normally downtempo, flowing songs in an attempt to not be swallowed by the countless festival stages they’ll be playing over the next year.

Album closer and band favourite ‘These Days’ dismisses any concerns of Zutrau’s ability to control the crowd. On stage she’s at the core of every song, being significantly more connected to her songs than any audience member – which is not a bad thing. Although only rarely varying from her innocent and default position, she invites you to enter her world and get lost there. ‘Don’t Wanna Be Your Girl’ goes down a treat and holds the strongest sing-a-long of the evening – in fact, it went down so well that I swear I even saw some rave hands being periodically thrown up on the floor. Swiftly following the appreciative applause and some nervy murmurs of “this is so fun” and “this is the best London show we’ve ever done”, the band worked their way through ‘All In Vain’. Eyes fixated on the stage in hypnotic gaze, an intimacy developed, which was unexpected in a rather large venue. However, what was expected was Wet’s ability to thrive on this, with every note laced in precision. 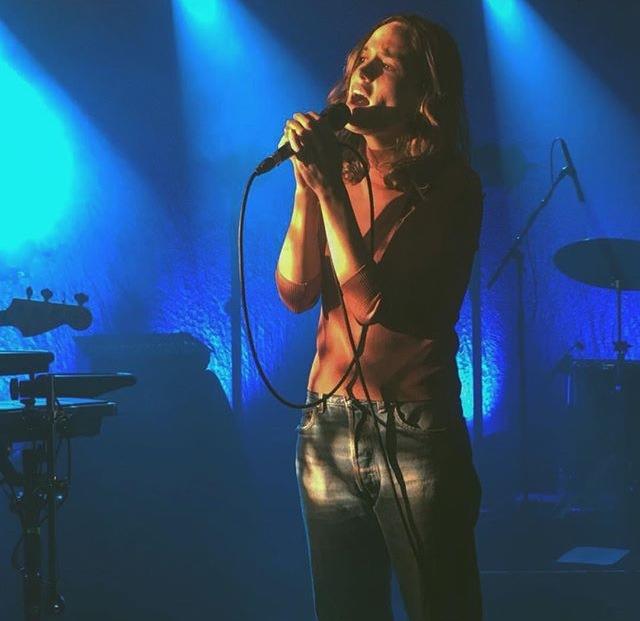 ‘No Lie’ and ‘Island’ finish the first part of the show, where Zutrau leaves the stage to allow the band to finish off in grandiose fashion. After a short break, Wet returned to the shadows to reveal ‘All The Ways’, a comparatively upbeat section of the evening. Through these lyrics, the present happiness can’t wipe away uncertainty and the expectation of future despair. In closer ‘Weak’, the drummers and shimmering guitars free the mist and consolidate the well-executed and consistent concert. There is something comforting in knowing that we have a band in Wet that go out and execute what they have set out to do; rather than attempt to dress themselves up and lose focus on their key template.
They may not create tracks you can head bang to or be accompanied by blinding strobe lights, but it’s a gig well worth the value and more.

Wet played:
Deadwater
You're The Best
Small and Silver
Move Me
Body
These Days
Don't Wanna Be Your Girl
All In Vain
No Lie
Island
--------
All The Ways
Weak 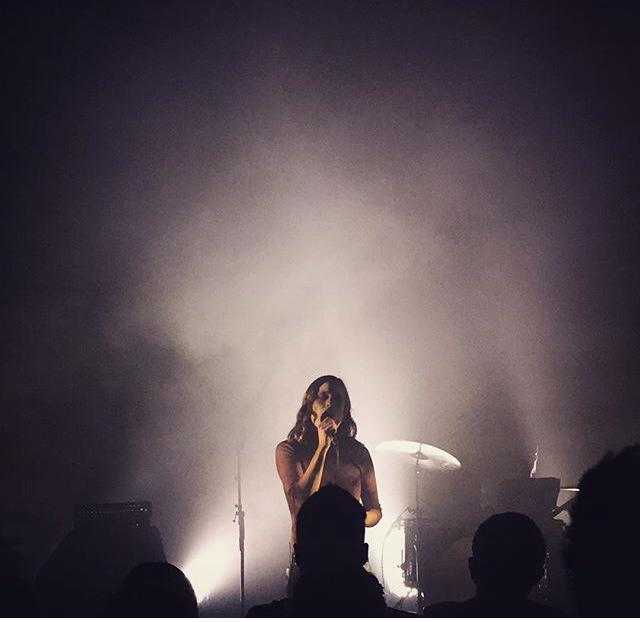