Posted by Unknown on March 24, 2016
Fresh from three mega-hyped and mega-packed shows at this year's SXSW in Austin Texas, including a prime time slot at Spotify's showcase, Will Joseph Cook and his band returned to London for a sold out headline show at the Barfly in Camden.

An extremely accomplished live performer, and now with an extremely tight band behind him, WJC played a handful of songs from his debut EP "Beach" as well as his new single "Girls Like Me" which received a massive cheer from the crowd and led to a huge singalong. Other highlights included as yet unreleased "Take Me Dancing" and "Water's Gone Cold", the latter an incredible solo acoustic track that silenced the crowd. 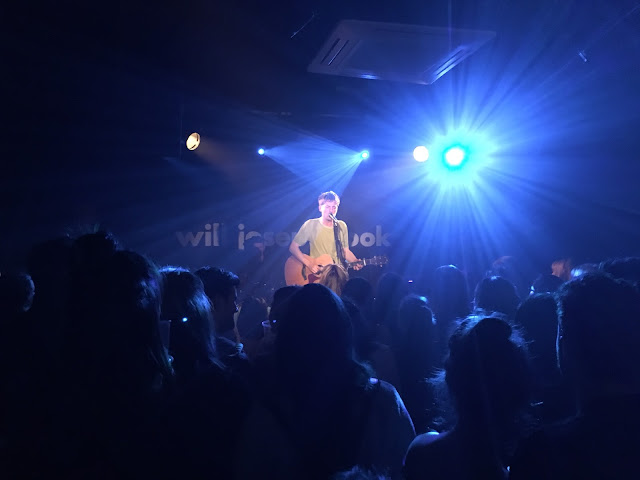 Seeing WJC live is a must in order to understand his unique talent, especially vocally, but his skills as a songwriter. As much as Jeff Buckley is an unavoidable but legitimate comparison, there are also hints of Everything Everything, Mystery Jets and Talking Heads. It's also worth checking out the video for "Girls Like Me", which WJC wrote and directed himself (see below). The scariest part is he's only 18... go figure!