Posted by Elliott Griffiths on March 22, 2016
Leeds-based alt-rockers Party Hardly have taken a break from making their own music to set up something pretty exciting. Two of the members, Tom Barr and Stan Braddock, have set up a music label known as 'Healthy Eating Records' and plan to release a compilation of around 15 local bands in May.
The guys have a strong passion for discovering music, as do we at It's All Indie, and hope to bring you some of the finest diamonds in the rough that Yorkshire has to offer.

Tom Barr, co-founder of the record company, said: "Setting up a label is a very new, exciting yet daunting prospect. We both have a strong passion for music and releasing new underground artists and this is what made us start our own label in Leeds as the DIY scene is thriving here currently." 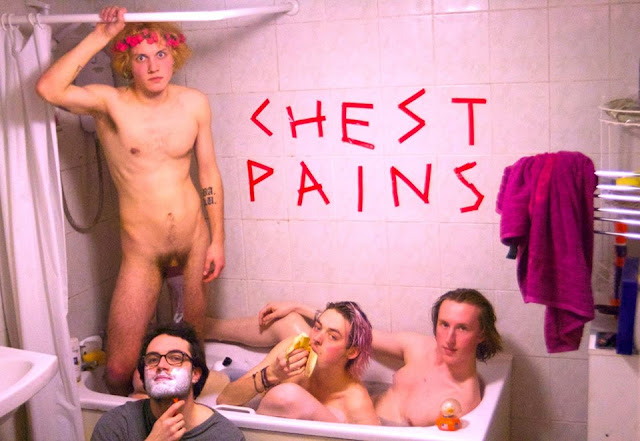 The first of the singles on the wonderfully titled 'Yorkshire Puddings' is an anthemic garage rock tune from Chest Pains called 'Cigs and Sarnies' - an interesting title to say the least. The band had this to say about the song in the bio:

"The raw, surf riffs of Chest Pains take you through a dreamy, chaotic ride of hunger and heartache, dumping you at the realisation that with a cig, a sarnie, and someone alright, you’ve got all you need for now!"


Formed in a basement in Leeds but growing quickly in a thriving DIY scene, Chest Pains' raw energy and power draw you in, while their hooks and riffs are exciting enough to keep you dancing.

There's something very honest and unpolished about the band that makes 'Cigs and Sarnies' so exciting - it's almost like a voyeuristic view into their practice sessions in their own basement. It's just raw, garage music with an intensity and tempo that you won't find in more refined music.

Chest Pains are just getting started, and if the first of the 15 tracks is this good, I can't wait to see what Healthy Eating Records cook up for us next.