Posted by Unknown on October 04, 2016
2016 has undoubtedly been Blossoms’ year - it has consisted of non-stop touring, nearly 50 festival appearances over the summer and most importantly a Number One début album under their belts. The Stockport five-piece are currently on their extensive UK headline tour, visiting numerous cities all over the country. Last week, Blossoms conquered the infamous O2 Forum Kentish Town, armed with catchy tunes, a vibrant light-show and an hour-long setlist, this was certainly a show to remember. 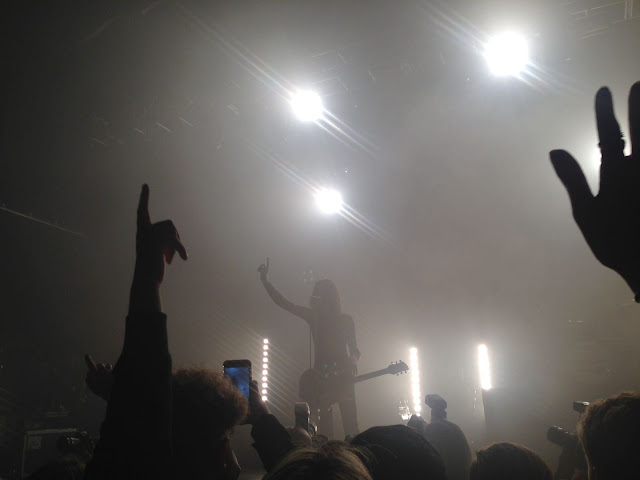 The sold-out Forum gave a loud cheer as the lights dimmed and the introduction to Kanye West’s ‘Black Skinhead’ played at full blast through the PA system, strobe lighting possessed the stage whilst dry ice dominated the surroundings creating a sense of hype and anticipation. Eventually, the five distinct silhouettes of Blossoms themselves appeared on stage, dressed in matching monochrome, the band looked the part, and all stood ready to play the first notes of first song ‘At Most A Kiss’. The crowd went wild, singing every lyric back to the band at full volume, there was most definitely a sense of unison in the venue from the start. Following on from this, 2015 favourite ‘Cut Me and I’ll Bleed’ was played faultlessly, sounding even better than the recorded version. Myles Kellock’s inctricate keyboard playing was a particular highlight, leading-up to the extremely catchy chorus that  encouraged mosh-pits galore, sing-alongs and most importantly, smiles all around.  Melodious bass-lines delivered by Charlie Salt were in abundance throughout the set, especially throughout crowd-favourite ‘Blow’, providing the foundations to a dynamic musical arrangement which lead up to an impressive guitar solo performed by lead guitarist Josh Dewhurst. The more recent number ‘Smashed Pianos’ went down a storm with the audience, emitting a more retro vibe in its chorus and impressive harmonies, one could really appreciate the band’s musical flair. However, previous single and Hottest Record ‘Getaway’ truly captivated the venue in its entirety. Tom Ogden’s frontman qualities and songwriting skills were principally brought to light during this track, encouraging the audience to chant the lyrics back to him whilst performing an effortless vocal that was brimming with emotion and feeling. 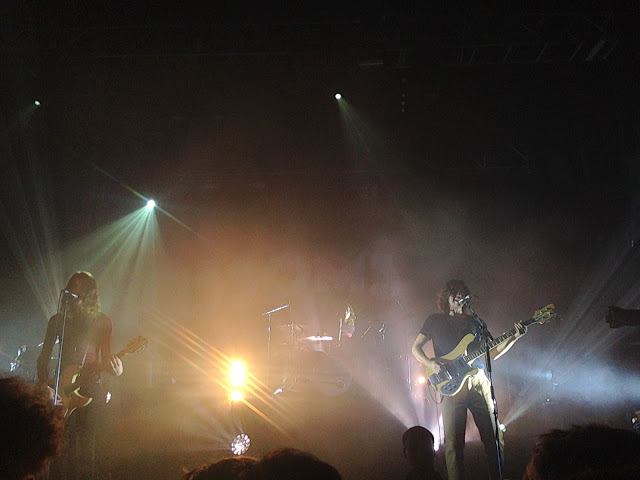 Album favourites ‘Honey Sweet’ and ‘Blown Rose’ ensured that the crowd were kept entertained. Both containing catchy choruses and elaborate instrumentation, Blossoms continuously create and execute timeless pop-hits with a certain musicianship that make them stand out from the crowd. Diverse driving drum beats provided by drummer Joe Donovan assured that the basis of each number remained in tact, ensuring the clean sound (which is produced on record) is replicated live to the highest of standards. Eventually the time arrived for the four members of the band to depart the stage in order to give lead singer, Tom Ogden, the chance to perform heartbreak-drenched acoustic number ‘My Favourite Room’. Dedicating the song to a member of the crowd who had recently been dumped, Tom really connected with the room on a personal level and mesmerised the entire venue. People got on each other’s shoulders, sang at the top of their lungs and laughed along with Tom’s anecdotes throughout the song. Whilst having the audience in the palm of his hand, at the end of the track, a rendition of ‘You’re Gorgeous’ and ‘Half The World Away’ was sung which again, encouraged the crowd to participate even more and appreciate this young frontman’s exceptional musical talent. A huge applause and cheer followed and the stage was deserted. 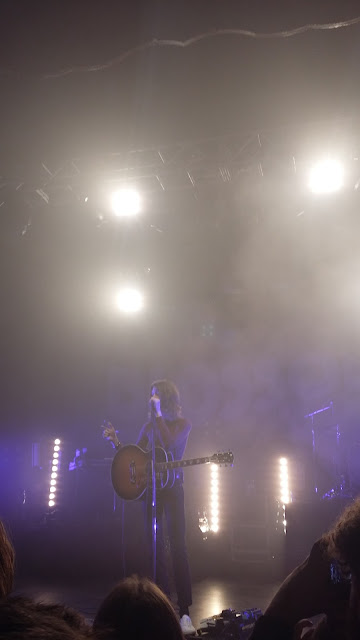 A strobe lighting show created a sense of anticipation and build-up once again, leading up to the five-piece walking on stage once again and performing another more recent number, the energetic ‘Texia’. Again, the mosh-pits appeared once more, and the energy in the room was escalating. Blossoms decided to perform one of the best B-sides (of many) - which was ‘Across The Moor’. The red lighting set the tone to match the smooth vibes which were exerted throughout the tune, from intricate bass-line riffs to catchy keyboard melodies. Following on from this, the last track on the album ‘Deep Grass’ was undoubtedly a gem when performed live. All the different instrumental sections came together effortlessly to produce a 5 minute-long masterpiece, which had memorable lyrics, never-ending guitar and bass riffs, impressive guitar solos and and drum-beat that kept the track going perfectly. Of course, Blossoms decided to close their impressive hour-long set with crowd-favourite ‘Charlemagne’. The room’s ambience became something other-worldly, everyone jumping in unison, the band were having a great time and of course the audience were reciting every lyric perfectly. It was a shame when the song eventually came to an end, the energy in the venue was so prominent that one would hope for more, but sadly that was it.

Again, Blossoms had conquered the venue, captivated the room with their sensational melodies and left the crowd wanting more. The band’s professionalism was emphasised throughout the entire set, their delivery was on point, musicianship was faultless and their sound was so clean it was electrifying. This is only the beginning of a long road of success for this Stockport five-piece, and again there will be no stopping them from reaching dizzying heights and earning those well-deserved festival headline slots - just you wait and see!

Blossoms are currently on their sold-out UK tour and will be heading to the US later this month. Also, they'll be embarking on an extensive European tour with Jake Bugg. Make sure to catch them at a show near you whilst you can!
Alt-Pop Alternative-Indie Blossoms Gig Review Live O2 Forum