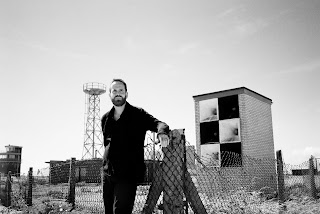 Ulrich Schnauss has shared a grief-themed video for "Love Grows Out Of Thin Air," a track off his upcoming fifth studio LP No Further Ahead Than Today. Filmed in Dublin and directed by London filmmaker Sean James Garland, the clip explores the fictional character of detective Frank "Bunker" Johnson in the aftermath of his young adopted son dying an accidental death by drowning. The video largely focuses on he and his wife's experience of loss, mourning, and trauma, and while the characters have no dialogue, Schnauss' larger-than-life synthscapes provide an appropriately heart-wrenching soundtrack.

This album is the German-born electronic artist's fifth album and the follow up to 2013’s widely acclaimed ‘A Long Way To Fall’ and with it Ulrich returns to the earlier style of his first two albums, the landmark ‘A Strangely Isolated Place’ and ‘Far Away Trains Passing By’.

At once uplifting and otherworldly, the music of Ulrich Schnauss combines multilayered synthesizers with beats and ethereal vocals, serving as an aural escape route from the trappings of reality.

Ulrich will play two shows in London in support of the new album – dates below.