[INTERVIEW] with... Robert Milton of D.I.D 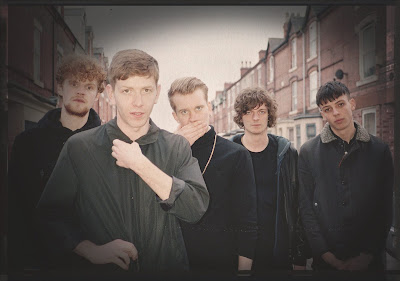 A few days before the return of the acclaimed Indie Band - Dog Is Dead; who now go by the abbreviation ‘D.I.D’, It’s All Indie had a chat over the phone with the band’s front-man Robert Milton to talk about the band’s upcoming second album.

Hello Rob, how’s it going?  You must be busy preparing for the new album launch gigs in London and Nottingham later this week?

Rob: Yeah that’s right. We haven’t played any shows in a long time. So erm, it’s just been really cool getting together in the practice space environment, rather than the studio where everything is all over the place. I’m trying to make sense of all the new tracks and trying to get them down so they sound
good to play live.

Rob: It’s just nice hanging out and singing with each other at the same time rather than barely not singing as well. It’s been pretty chaotic but I think it’s coming together now.

The new material on the upcoming album ‘The state we’re in’ Is certainly different in some respects compared to the debut album ‘’ All Our Favourite Stories’. This is reflected with the second album’s singles - ‘Killer Whale’ and ‘I meant To Hurt You’.  Did the progression naturally occur or did it test the band’s limits whilst writing ‘The State We’re In’?

Rob: I think with the first record, it was written over such a long period of time, sort of as we were growing up and as we started the band. We started the band when we were about fifteen years old. So we had all that time to write that and now with this one, it is so concentrated, so lyrically we wanted to be as honest as possible and sometimes that’s dark. Sometimes it’s not but I kind of used that opportunity to just vent everything I’ve been going through recently.

Rob: So, I think the progression is kind of a natural one. But yeah, you never want to make the same record twice because that’s just really boring.

I’m sure it is a good way to get rid of stress and all that. I think you’re right, most bands always want to strive for creating something that is new and exciting which pushes the band, rather than repeating history.

I’m glad to hear you feel D.I.D is going in the right direction.

Rob: Yeah one-hundred percent. I think there is a few things that people would sort of expect us to grow out of… and kind of water-down, things like harmony arrangements and stuff which we did. So, we’ve gone the opposite way with. Like on ‘Killer Whale’, it was the first track we’ve written and it’s been just entirely five-part harmonies.

Rob: I think a lot of people might have thought that we’d have knocked that thing on the head but we’ve just went the more extreme version instead. I think it’s the same with some of the other arrangements on the album.

Do you have a personal favourite off the new album?

Rob:It’s difficult to pick, as I think it’s quite a bipolar record. I think a lot of the tracks are different. I really like ‘I Meant To Hurt You’ as a closing track. It works really nicely. I think ‘Killerwhale’ has been a favourite of ours for a while as well.  So, those two are the kind of light and dark of the record and I think that’s a good kind of bookend summary of it really.

Rob: yeah that was last night!

The response on social media seemed like they all went down pretty well with the fans.

Rob: awesome. Yeah I think so. That was a really nice thing you know, they played three of the tracks and we kind of did some weird pre-recorded talking about them. It was nice, we got some nice exposure and people seem to be responding really well. You’re always apprehensive when you’ve been away for a while when working on something. You forget whether people like you or not…

haha, I can imagine!

Rob: We put something out and we had some really great responses so it’s all good. All good so far. People will get to hear the record Friday.

It’s nice to see that the band hasn’t stopped being vocally dominant and still use creative harmonies. When writing material, who comes up with the initial ideas and lyricism for the tracks? Is it a group effort or do you all contribute in certain ways?

Rob: I come up with the bones of the song and quite often it varies in degree but sometimes I’ve got quite a finished article there. Or sometimes I need the guys to come in.

Rob: I think the real magic is in the chemistry, when we start singing together, like you say, I think that’s what makes us slightly different when compared to other bands. We sing differently and not everything comes easily for us or is too polished up in the end.

Rob: But erm, I think when we start arranging things like that, I think that’s when the songs really come into fruition. But yeah I come up with the bones anyway and everyone comes in and makes it the character of the track.

Back in 2015, after changing your name from Dog Is Dead to D.I.D, did you think the fans would have reacted like they did? The fans loved the name that the band started with.

Rob: Yeah, I mean people can be quite protective of these things. It’s something we wanted to do, kinda as a mark of a change and wanted to sort of separate these two records out. Then again it’s only sort of an abbreviation. So I think people will call us what they want and that doesn’t bother me at all.

Rob: I think people reacted fine, and I do think it’s made kind of a great difference to be fair. Yeah. It’s something we wanted to do and we went ahead and did it.

Finally, what’s next for D.I.D?, 2017 looks like it could be a really exciting year for Dog Is Dead fans.

Rob: Yeah massively, we’ve done the hiding away and recording thing. So we want to just go out and tour as much as possible, play as many new cities as we can, play as many festivals as we can and just get going with that. That’s it, tour, tour, tour!

Fantastic, thanks for chatting with us Rob. Good luck with the gigs and album launch this week mate!

'The State We're in' Is Out December 2nd

All Our Favourite Stories D.I.D Dog Is Dead Gigs I Meant To Hurt You Indie Indie Pop Interview Killerwhale Nottingham The State We're In Tour