[LISTEN] Wilkinson 'We Will Be' 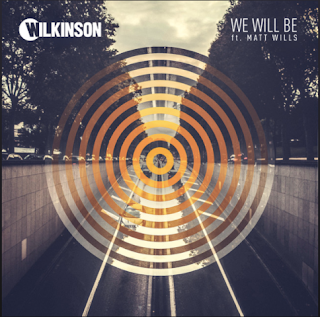 Wilkinson has just revealed the next single to be taken from his forthcoming album Hypnotic, is We Will Be. It features up-and-coming British vocalist, Matt Wills.

Wilkinson says, "I'm always trying to tread the line of making records that work on the radio but also in the club, which is a pretty tricky balance to strike! But for me this one has that big anthemic vocal before it drops into something pretty naughty for the clubs and festivals. The subject matter of the vocal is really inspired by all the bollocks going on in the world and politics now. Its about re-uniting and standing up together." We Will Be is available to buy and stream now here.

Fresh from playing his biggest UK tour to date, which included a sold out show at London’s legendary Roundhouse, Wilkinson is getting ready to drop his second album, Hypnotic. Wilkinson smashes down the barriers of Drum’n’Bass with Hypnotic, fusing the genre he grew up listening to with pop sensibilities that appeal to a global audience, whilst experimenting with different tempos and genres. Always keen to champion new rising talent, Wilkinson has teamed up with some of dance music’s rising stars including Shannon Saunders, Matt Wills and Karen Harding and established talent in the form of Wretch 32. The album will be available digitally on 21st April, on CD and special edition vinyl, and the full tracklisting is below.