Posted by Rhona Murphy on May 17, 2017
Skinny Lister's Southampton gig sold out back in February (3 months before the event) and it was apparent at The Talking Heads that there is a dedicated following for this band most of whom were wearing the band's t shirts! Skinny Lister are often described as a punk/folk band but that's an inadequate label. If it's necessary to put a 'genre' against the band it has to be a new one. I'd go with the 'Skinny Lister Genre' because they're truly unique.

When the band walks out their appearance is a mixture of 50s/60s styles with the very watchable Lorna Thomas and Dan Heptinstall fronting the band. What you don't expect is the barrage of high energy loud and raucous music to blast through the venue.  For a band to write such clever songs mixing punk/indie/country and folk is genius.   The Talking Heads gig date was towards the end of the band's UK tour named 'The Devil, The Heart, The Fight' after their most recent album. Skinny Lister began with the first tracks from that album 'Wanted' before and 'George's Glass' from their 2015 album 'Down On Deptford Broadway'.

Skinny Lister sang, danced, clapped (there might even have been some line dancing at one point) through 20 tracks from both albums. If ever a band knows how to work a crowd it's Skinny Lister. They mixed slow, story telling folk songs with lairy punk/pop music. Even when it was impossible to hear the words over the stomping and clapping it didn't really matter! Local Southampton singer/song writer Sean McGowan (who has just completed his own headline UK tour) joined Skinny Lister on stage to sing  'John Kanaka Sea Shanty' and the room erupted into one massive Irish party complete with accordion. 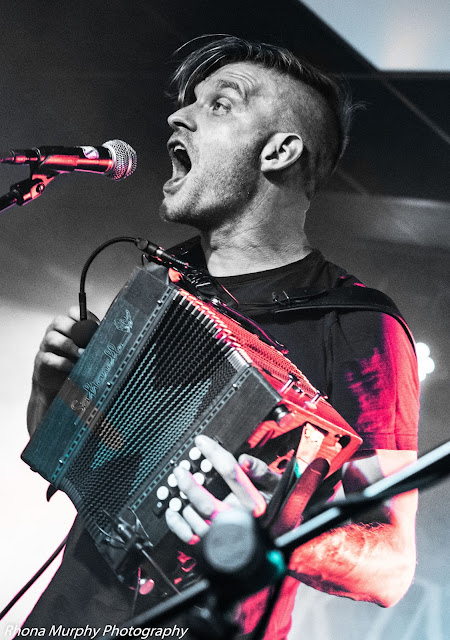 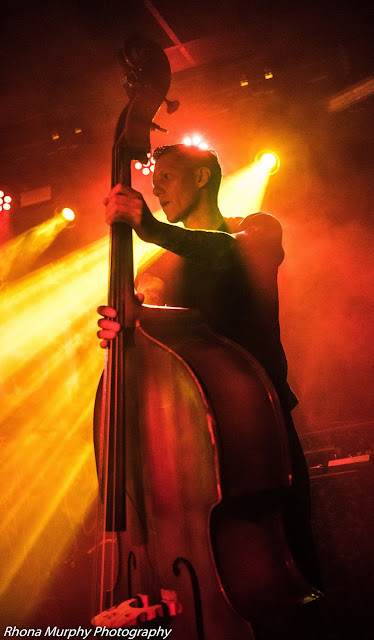 Skinny Lister is heading off on a massive European tour in June dropping back to the UK for a couple of festivals. Highly recommended!