After graduating from Central St Martins, Rié began penning up to 30 songs a month before signing a deal with Sony Japan at the age of 19, where she worked under the moniker ‘Rie Fu’. The ‘Business Trips EP’ is a four-track debut UK release which combines her love for Kate Bush, Bjork and The Carpenters with her distinctly Japanese heritage. Half of the forthcoming ‘Business Trips EP’ is dedicated to the UK and half to Japan with London’s indie-pop trio, Theme Park producing two tracks and Japan’s Hikaru Ishizaki working on the others. 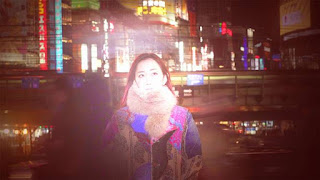 Speaking about the track, Rié says: “I’d just finished a meeting with a music businessman and this guy was telling me all the reasons it would be difficult to pursue music in London,” she winces at the memory. “Often, my source of creativity when I start writing songs is irritation or frustration - that turns into energy and becomes a song. This one is no exception. In a way, it’s an answer-song to all the people telling me I couldn’t do this. It’s about determination and an introduction to the kind of person I am.”