Posted by Alexa Wilde on May 12, 2017
In 2016 First Breath After Coma returned with the most recent album 'Drifter' and have toured seven European countries. 'Drifter' was also short-listed as one of the best European independent records of 2016 by IMPALA. Now the group are back with the cinematic video to their latest angelic post-rock single 'Nagmani', filmed in Leiria. Capturing the delicate personality of their music, the video surrounds in breathtaking visuals from; mountainous shots, underwater scenes and lakes.

At only 20 years old, the members of FBAC have a musical maturity far beyond their years. This is surely thanks to their previous incarnation as a high school band, where they played in moldy garages and smoky clubs, trying out their own versions of classics from bands ranging from Joy Division to The Doors, Iggy Pop to the Velvet Underground. 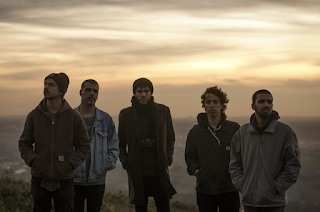 While many surmise that First Breath After Coma may be one of the great hopes for Portuguese music, those who have seen them live know they are an unmissable talent. The band are set to take their prestigious raw sound in-front of new audiences in the Brighton and London, beginning in May.

Watch the stunning video for 'Nagmani' below