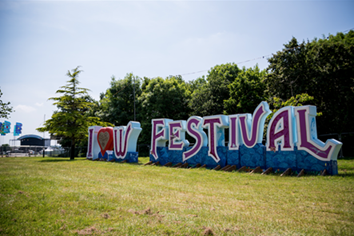 Bang Bang Romeo – Lead singer Anastasia Walker is a vocal force of nature. A voice that makes your spine tingle perfectly backed by the BBR band (Ross Cameron, Joel Philips and Richard Gartland). With the new single ‘Chemical’ getting some early radio play 2017 is surely BBR’s year to blast onto major playlists. One of the Jack 7 bands and touring extensively this year BBR is highly recommended.

Broken Witt Rebels – The moment lead singer Danny Core starts to sing it’s clear that something special is happening. If you like Rock ‘n Roll/Blues/Indie/Jazz dammit if you like music then BWRs is a ‘must see’ band!

Jordan Allen – From tiny venues to regular ‘This Feeling’ show slots, the BBC Introducing Stage at Reading & Leeds Festival 2016, main support for The Sherlocks tour and now selling out venues in their own right. Jordan Allen who fronts the band is also one of the most likeable front men on the circuit. Belter tunes like ‘Helter Skelter’ and ‘Rosie’ at IOW will open up this band to an even wider audience and then who know where next. There are no limits!

Judas – There’s swagger, there’s charisma and then it’s like you jump a few levels to Judas! Massive stage presence and hugely interesting to watch. Opening the main stage at Reading Festival later in the summer take the chance to see Judas before they’re only playing massive venues.

Paves – one of the most exciting bands London band Paves are playing twice at IOW. Such a buzz when these guys are on stage!

Sex Pissed Dolls – Playing on 3 stages over the festival the SPDs are a ‘must see’ band at this year’s IOW festival. Massively talented musicians plus a stage show that explodes in front of you they’re everything you ever liked about punk but way bigger.

SHEAFS – Indie rock at its best fronted by Lawrence Feenstra. Prepare to be blown away by Sheffield band SHEAFs on the Jack Rocks (This Feeling) stage .

The Blinders – It’s not just music it’s a performance. The Blinders have an opinion and they want to share it with you!

The RPMs – Suddenly The RPMs are everywhere! With the single ‘Oh My God’ (taken from their new EP ‘Agents of Change’) getting mainstream radio play The RPMs are busy building up legions of fans.

The Wholls – Newly signed to Sony (Germany) and with an album dropping in the UK imminently these Bedford boys are a full throttle rock band. With their track ‘Roll Out’ played out across several sports channels (including the ESPN American sports channel), it’s a dead cert you’ll have heard at least one of The Wholls’ tracks. With sublime vocals from lead singer Arturo (Tordy) Cocchiarella it’s easy to see why this band is one of the Jack 7 chosen bands for 2017.

Trampolene - A band of antonyms, loud, sensitive, evocative, brash lyricists. All of this and much more. And with poetry thrown in. Yep, don’t miss Trampolene. Awesomely talented.


Catch these bands and many more at IOW next week. And if you only get to check out one band this year make it The Amazons. From playing small venues to arenas this band is heading in a stratospheric direction this year. They’ve transitioned to the big stages as if they were born to it. With a new album to promote they fully deserve the radio play they’re getting. Fresh from Radio 1’s Big Weekend The Amazons are on fire. Future headliners! It’s a no-brainer!