Posted by Jason Hare on June 13, 2017
I don't really know how or why the concept for this video came about but I'm glad it did. Waking up this morning with a poor mood and slight real-ale hangover, I thought it was going to take a cold shower and some aspirin to cheer me up. Wrong! All it takes is one of my favourite bands being attacked by robots who have, I think, fidget spinners for eyes! I'm definitely wide awake now (that joke will make sense in a second). 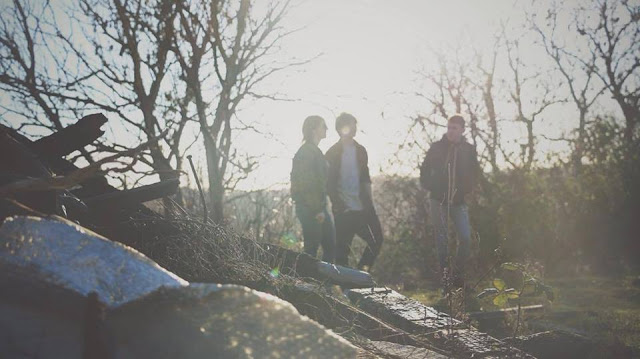 Floodhounds, if you aren't already aware, are a 3 piece from the Sheffield area who have featured on IAI heavily in the past due to a corking back catalogue. Their new single "Wide Awake" is out this Friday (17/6/17) but how does it compare to their other work I hear you ask. Well, in terms of video production they're getting stronger and stronger. The song itself I think adds excellent diversity to their repertoire and in parts sounds slightly heavier than some previous efforts. Not a bad thing for me at all.I can see that when it comes to a live show, "Wide Awake" will probably become a fan favourite. With a harmonica break session in the middle, what's not to love.Within the video, shown below, there are shameless plugs to their previous single "I Wanna Know" and their side project band "Rogue Siesta", both of which are well worth a few minutes of your time to check out.


Interested in popping down to see them? Well, you can do so at these fine venues on said dates - www.floodhounds.com/gigs.

With a residency in London coming up I think Floodhounds are well grounded now to force themselves into people's ears in the capital and who knows where after that.